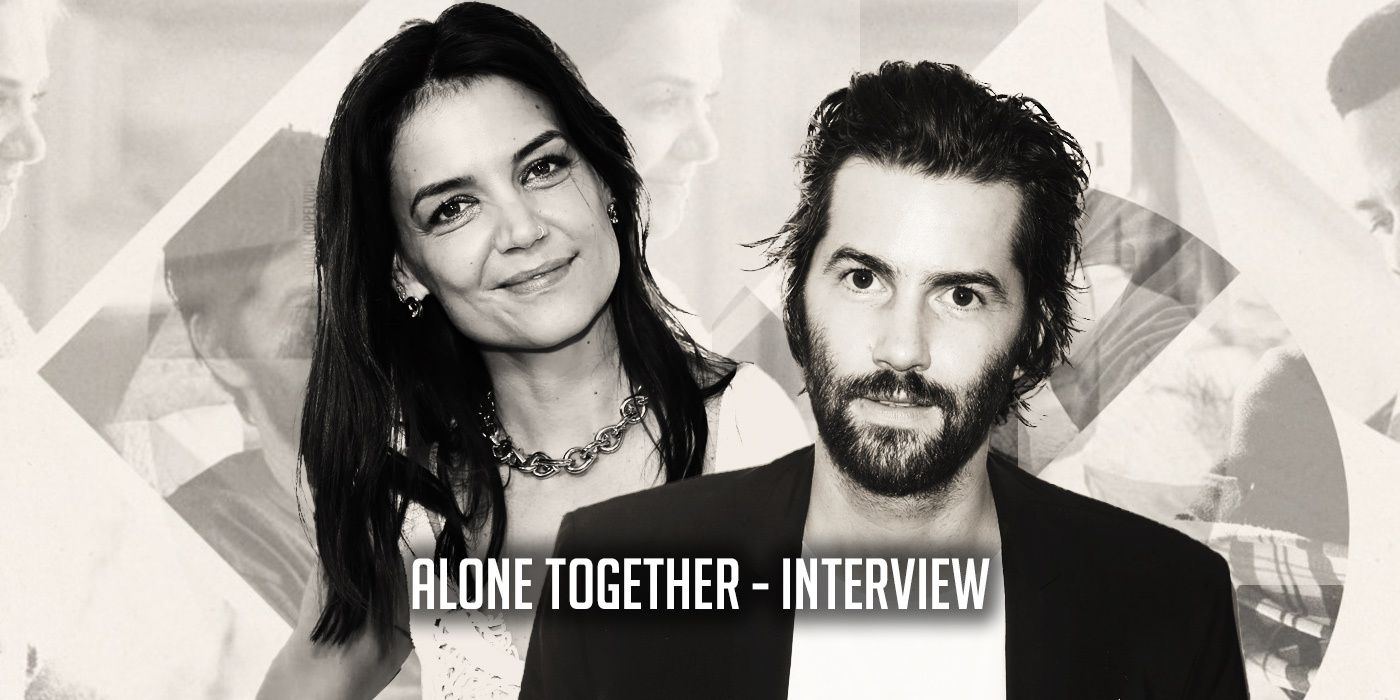 From writer/director Katie Holmes, the romantic drama Alone Together is set during the pandemic at a time when June (Holmes) feels the need to escape quarantine by heading to a secluded rental. Once there, she finds that it’s been double booked by Charlie (Jim Sturgess) and while they start off as strangers, as they get to know each other, they realize that maybe they don’t want to go their separate ways.

During this interview with Collider, Holmes and Sturgess talked about writing a pandemic romance during an actual pandemic, reading this script at a time when the world was actually experiencing what was on the pages, finding your voice as a director, finding a balance in all areas of the production when you’re also acting, and having your writer/director also be your scene partner.

Collider: Great job on this film. Katie, you wrote a pandemic romance during an actual pandemic, which seems crazy to even think about the reality of that. What made you want to do that? Was writing this cathartic for you, in any way, or were there times that it ever felt like too much?

KATIE HOLMES: No, it was actually pretty fun, the entire process, to be honest. I was inspired by movies that I was watching again, like Manhattan, Annie Hall, When Harry Met Sally, and Husbands and Wives. I wrote a draft of this thinking, “I wanna create something that we can actually shoot during the pandemic,” which is something that’s contained in pretty much just one space and not a big cast. And then, I wrote a draft sent it to a friend of mine, Dito Montiel. We did a film (The Son of No One) together, a couple of years ago, and he’s a wonderful writer. So, I got tips from people, and then it became fun. And then, I met Jim [Sturgess] and he brought his ideas. It turned into what it is now, but it started as this idea of really wanting to put some joy into the world.

Jim, when you got to read the script, what was your reaction to it? How did it feel to read a story set in this strange world that we were experiencing while we were actually experiencing it?

JIM STURGESS: Yeah, that was it. That was totally it. I loved that it had arrived for me to read, and I was reading it going, “Wow, we we’ve just been through that and we’re still going through it right now.” I loved that it was gentle and hopeful, and that the backdrop of the pandemic was very real outside. There was a lot of devastating stuff that happened within the movie, but this beautiful bubble of these two people that are locked down together, having a heightened experience because of everything that’s going on around them. I just loved it. I wanted to be a part of it. I wanted to be a part of something that would create a time capsule of this moment, for myself and for anybody else. And then, getting to meet and work with Katie, it was just all these really incredible experiences that were really necessary. It was a lifeline for a lot of us to get onto set and to be in this house and tell this story and get back to work. I just have incredibly fond memories of the whole experience.

HOLMES: I’m always learning, as an actor. This was my second film, and I did my third film (Rare Objects) right after this. The creative process is its own thing, and you have to wait for it to come, and then depend on the people that you’ve put around you to keep it going and to stay inspired. I feel like on Alone Together, we all made something that felt authentic and that I felt confident in.

Jim, what’s it like to be directed by Katie while you’re acting with Katie? What did you enjoy most about taking this journey with her, but also collaborating with her, at the same time?

STURGESS: I loved it. I genuinely loved it. I didn’t know how it was gonna go down. I really felt like I was at the mercy of Katie. She would throw anything at me, at any time, to get new reactions and try different things. When it comes to collaborating, there are writers and directors. In television, there are showrunners. There are a million hoops that you have to jump through to get some of your ideas heard, if you wanna change a little bit of something. I had just come off the back of a TV show, which is very different. Even the director isn’t the driving force. They’re facilitating somebody else’s vision. So, to have all the people that you really need, all in one person wrapped up in Katie, and to be able to collaborate with a singular focus on each other and on each other’s ideas, was really special. I wish I could always do that.

Katie, how does directing change your acting process? How do you feel about directing while also acting? Do you find it challenging to be in the moment while also keeping track of the overall film, at the same time?

HOLMES: It’s difficult because it’s a lot of different parts of yourself that you need to bring forward at different times. I think you can do it on certain projects. I feel like being an actor has definitely informed how I direct. It’s why I really enjoy directing because I love working with actors. I love discovering different ways that a story can be told and different ways that a character can be built. That is so exciting to me. As a director, what I’ve enjoyed is visually how you can make that frame very magical and how you can tell the story visually, and then with music as well, just putting all those pieces together to create that impact. Wearing both of those hats is complicated because, at the end of the day, you’re there to serve the movie and the story. You have to make sure that you can balance everything.

Alone Together is now playing in theaters and available on-demand on July 29th.