10 Most Notorious Rivalries in Movies 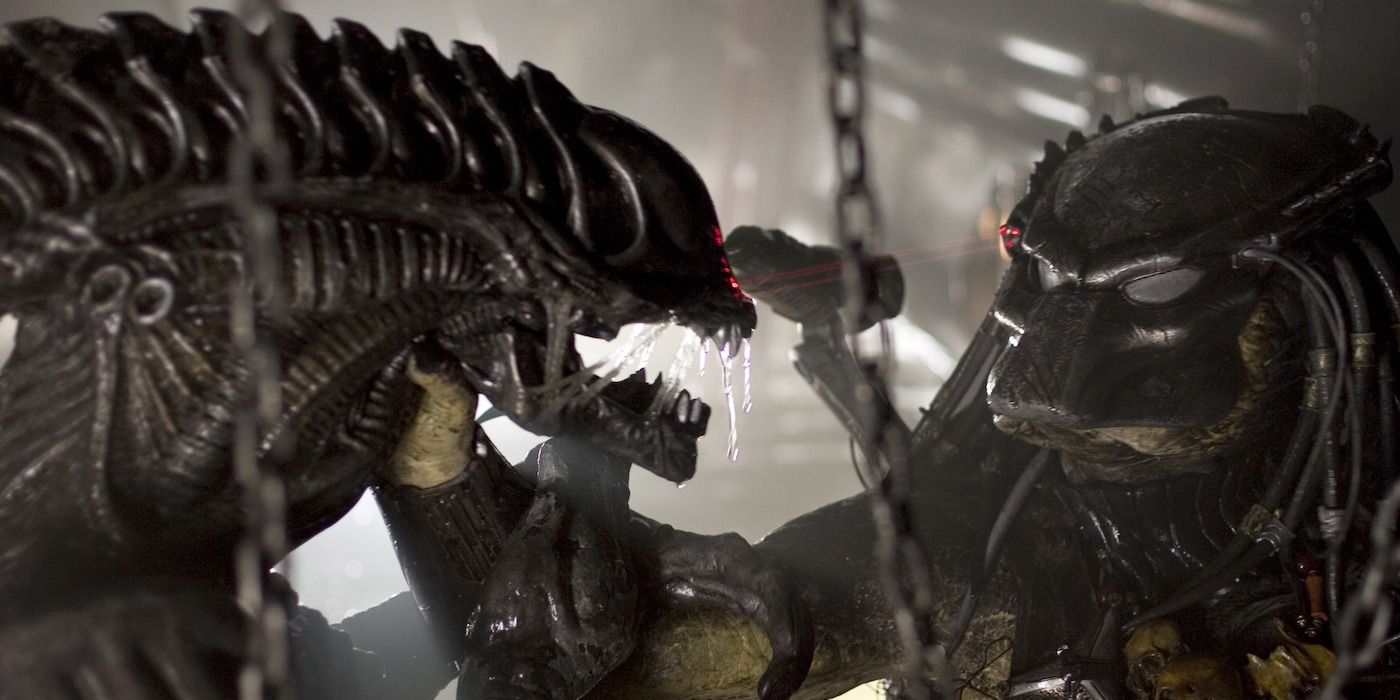 They’re the characters spouting one-liners at each other and standing face-to-face on the movie posters. They’re each other’s nemeses, and no one messes with their feud but them. Movies’ most notorious rivalries feature the best verbal battles and fistfights, rife with personal drama, and a long and twisted history of friendship, betrayal, and brotherhood.

Related: 10 Movie Villains Who Were Unapologetically the WorstWhether they’re former, feuding friends, destined enemies, long-lost relatives, or found families are torn apart, the best movie rival transcends being just another villain, and it’s a trope that keeps heroes on their toes and never gets old.

One shall stand and one shall fall in this rivalry that spans lightyears and eons, as well as cartoons and comics in the Transformers franchise. The leaders of the Autobots and Decepticons have a history that often changes slightly to suit the needs of the rebooted canon. One believed in freedom, the other, in subjugation, it boils down to one betrayal that ignited a civil war that destroyed an entire planet.

Peter Cullen and Frank Welker often reprise their respective roles as Optimus and Megatron throughout the various adaptations of tv and film, adding a metafictional layer to the ancient rivalry.

Star Wars has plenty of rivalries between all the movies, comics, games, and TV shows, but Kenobi and Vader’s ill-fated brotherhood was the franchise’s first, set up all the way back in A New Hope. Explored most recently in the Disney + Kenobi series, they are the epitome of the Light and Dark sides of the force.

Kenobi, a Jedi of the light who selflessly puts all others before his own needs, wants, and desires, tried and ultimately failed to save Anakin from the seduction of the Dark Side. Tempted by a lust for power and to save the people he loves from death and harm, Anakin became Vader and put the two at odds until their fateful meeting on the Death Star in Episode IV.

A rivalry manufactured entirely by throwing two unrelated horror franchises together like Friday the Thirteenth’s Jason and A Nightmare on Elm Street’s Freddie Krueger, Alien and Predator are two very different apex killing machines with mankind their unfortunate victims. Thrown together in Alien vs. Predator and its sequel, the film fusions the lore of both franchises and delivers some cathartic fights with heavy payback against the Xenomorphs.

The two films suggest that the Predators are hunters and Xenomorphs the perfect prey. Regardless of the strength of the scripts, seeing the two classic movie monsters together on screen is still wildly entertaining.

The Montagues and the Capulets

Shakespeare’s tragedy of Romeo and Juliet is entrenched in the bitter rivalry between feuding families, the Montagues and the Capulets. It’s an age-old archetype of forbidden love kept apart by old grudges paid homage to repeatedly in adaptations of Shakespeare’s play and numerous spoofs.

All in a quest for political power, the fighting between the Montagues and Capulets, in every iteration, inevitably leads to the infamous tragic romance between Romeo and Juliet, who try to put their families’ needs and grudges behind them.

Not many villains last as long as Loki has, within the MCU and beyond. With his debut in the first Thor movie in 2011, Loki and Thor’s relationship is fraught with jealousy and resentment. When it’s revealed that Loki was little more than a spoil of war raised to believe he’s Odin’s son, Loki spirals, demanding power, respect, and the throne of Asgard.

Occasionally allies, as briefly during Thor: The Dark World, but most often enemies, the two eventually learn to accept their differences for what they are while still maintaining those family spats only siblings can have, until Thanos arrives inInfinity Warto ruin it all.

On the Quidditch pitch and off, Harry Potter and Draco Malfoy are rival seekers and wizards with bad blood between their houses that stretches back generations. Draco, a rich, pureblood Slytherin who flaunts his money, house pride, and family tree, is at odds with the humble, pureblood boy-under-the-stairs from day one.

Related: 10 Best Wizarding World Storylines That Deserve Screen AdaptationsDraco’s insulated childhood and echo chamber of Slytherins and Death Eaters makes him an unfortunately egotistical and spiteful rival, spurned by Harry’s rejection of everything Slytherin stands for. Over the course of eight movies, their relationship never improves but lingers on a “what if?” things had been different.

The Jets and the Sharks

West Side Story’s rival gangs, the Jets and the Sharks, is one such tragedy inspired by Romeo and Juliet. The Jets, a white gang in the Upper West Side of 1950s Manhattan, are at odds with the Sharks, a Puerto Rican gang. In the midst of it are Tony and Maria, one a former Jet and the other, sister to the Sharks leader, respectively.

The two fall in love despite their backgrounds and are swept up in the drama and fighting between their gangs, and the fighting escalates to tragic fatality. West Side Story and its roots remain a cautionary tale about the consequences of conflict and the innocent lives caught in the middle.

With the benefit of two generations of actors portraying the leader of the X-Men and his nemesis and two full franchises developing their relationship on top of the decades of comic books, Charles Xavier and Erik Lensherr are both enemies and allies depending on who comes between them.

Divided by Charles’ insistence on the good of humanity and Erik’s insistence that humans will never accept mutants, both are proven right and wrong in different ways. They’re a terrifyingly powerful team when they work together, tragic enemies when they’re on opposing sides, and often the best parts of less-than-stellar X-Men scripts.

“The One” destined to destroy the Matrix and the powers that be attempting to keep humanity blissfully unaware of the body farm they live in. Neo, an average office worker one day and Chosen One picking at the seams of the Matrix the next, threatens everything the machines have built to keep humanity as living batteries.

Related: ‘Thor: Love and Thunder’: 10 Other Hollywood Blockbusters Filmed In AustraliaNeo and Agent Smith’s fights are some of cinema’s most iconic, with slow-motion ‘bullet time’ spoofed over and over again throughout the course of the trilogy. Packed with quotable one-liners and excessive amounts of shiny black leather, Neo and Agent Smith’s rivalry is one of Hollywood’s most memorable.

The unsuspecting rivalry that spawned a beloved film franchise all started with a heavyweight boxer whose convenient injury opened up a spot for underdog Rocky in a fight against reigning champ Apollo Creed. Spurned by his inability to remain the undisputed victor, so begins the rivalry that spans two generations. Rocky II sees a rematch between the two, and the Creed films follow Creed’s son coming into his own.

Rocky vs. Apollo isn’t the franchise’s only dramatic rivalry. Ivan Drago appears inRocky IV, and Creed II with his own grudge matches to settle. The foundations of the franchise, an underdog against a seasoned veteran and eventual respected friend, reign supreme.

Next: 10 Best Training Montages in Movies