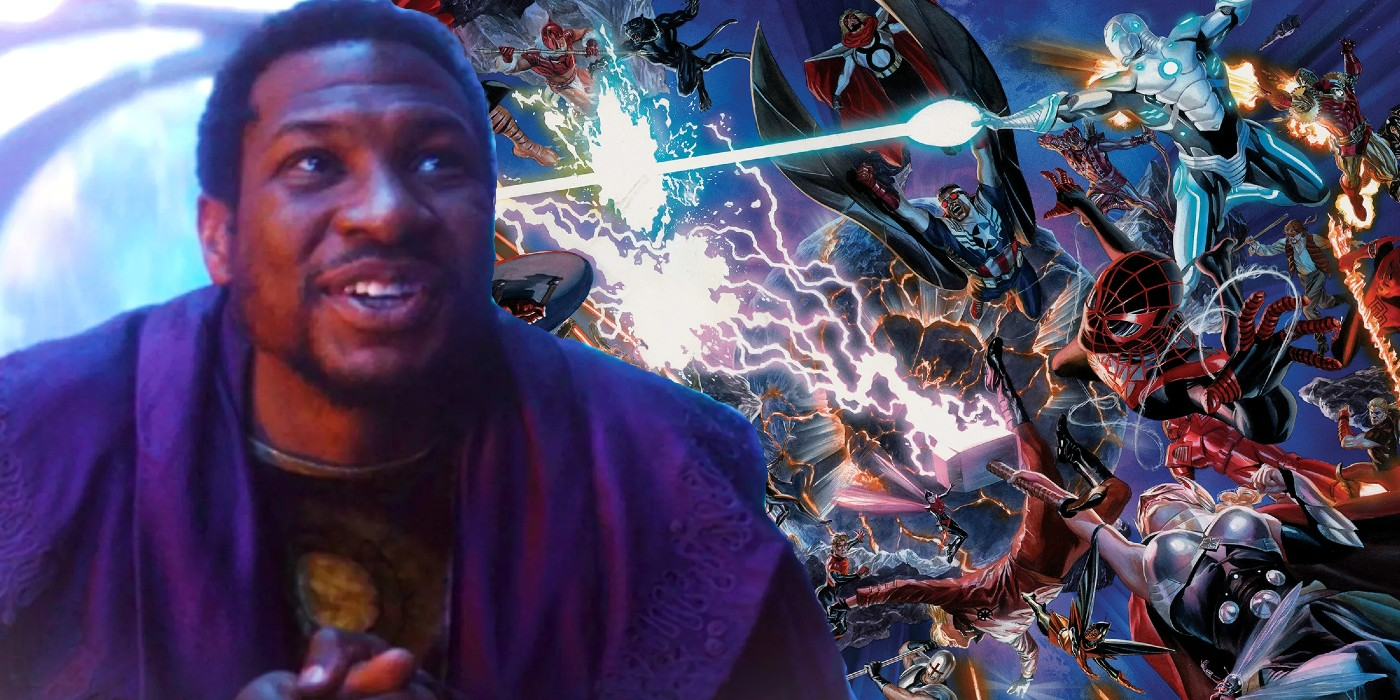 Marvel Studios has revealed its plans for Avengers 6 entitled Secret Wars, but what is this massive event what does it mean for the MCU?

As confirmed by Marvel Studios at San Diego Comic-Con 2022, the sixth movie starring Earth’s Mightiest Heros will officially be titled Avengers: Secret Wars. While Marvel President Kevin Feige revealed the bulk of its upcoming slate for Phase 5, he also announced the future plans for the biggest movies in Phase 6 going all the way to 2025. While the mega-panel included new details about Avengers 5, it was confirmed that Avengers: Secret Wars will be the culmination of every MCU film from Phase 4 onward.

Following Kevin Feige’s reveals about the conclusion of the current Phase 4 heading into Phase 5, fans in attendance were surprised with an exciting look at some of the biggest films for Phase 6. Beginning with The Fantastic Four, which is scheduled to release in November of 2024, 2025 will see the release of Avengers: The Kang Dynasty in May followed by Avengers: Secret Wars in November. Not only will this be the first time Marvel Studios has put out two Avengers films in the same year, but it was also confirmed that Secret Wars will be the culmination of Phases 4, 5, and 6, which have collectively been dubbed the MCU’s “Multiverse Saga.”

Related: The Multiverse Can Still Be Good For MCU’s Fantastic Four Origin

What’s truly exciting about the Secret Wars title is that the name alone pays off the multitude of theories about the MCU’s trajectory following the Infinity Saga. Taken from the epic Marvel Comics storyline of the same name, Secret Wars is a massive crossover revolving around the fate of the entire multiverse. As such, many of Phase 4’s projects have already been building towards a major multiversal catastrophe that could bring about a similar end to every reality in existence. Here are the origins and history of Secret Wars in the comics, as well as an explanation of what an MCU version will likely mean for the Multiverse Saga.

What Is Secret Wars In Marvel Comics?

The original Secret Wars was published by Marvel Comics in 1984 by Jim Shooter, with art by Mike Zeck and Bob Layton. Tying into a line of toys that were released simultaneously, the original Secret Wars was an incredibly simple premise: a cosmic entity known as the Beyonder gathered up several of the biggest Marvel heroes and villains from Earth and placed them on “Battleworld” to fight for his entertainment. Despite the simplicity, the story was a best-seller that earned itself a sequel and also had a lasting impact on the Marvel Universe going forward.

That being said, 2015 saw a rebooted Secret Wars comics event that resulted from the destruction of the multiverse. Coming from Jonathan Hickman and Esad Ribíc, the greatest heroes of the Marvel Universe were unable to stop incursions of realities from destroying each other. This included their own Earth-616, which ultimately collided with Marvel’s Ultimate Universe known as Earth-1610. Combining with other alternate realities, a new Battleworld was formed, and existence was maintained thanks to Doctor Doom (who naturally made himself Emperor of this patchwork realm of former realities). Eventually, Mister Fantastic was able to restore Earth-616 (albeit with some alterations and changes).

What Secret Wars Means For Avengers 6 (& The Multiverse Saga)

As far as what Secret Wars means for the MCU’s future with the newly christened Multiverse Saga, the core concept from the comics can already be seen in action with Phase 4. Loki Season 1 saw the Sacred Timeline being broken, resulting in the multiversal freedom of branch realities and the rise of Kang of the Conqueror. Likewise, Spider-Man: No Way Home showcased the dangers of the realities intermingling unchecked, which Doctor Strange in the Multiverse of Madness took further by showing full-on incursions. Phase 5 is confirmed to contain projects such as Loki season 2, Ant-Man & The Wasp: Quantumania, and Avengers 5: The Kang Dynasty. As such, it’s clear that the MCU is headed for even more multiversal mayhem and danger that will no doubt culminate with Avengers: Secret Wars. To that end, The Kang Dynasty will likely have a similar connection to Secret Wars, just as Infinity War did with Endgame. Being an all-conquering time-traveler, Kang will likely break the multiverse as a major cliff-hanger with Secret Wars featuring the heroes fighting to restore their reality.

Currently, there’s no telling if the specifics of the comics like Doctor Doom and Mister Fantastic fighting over the multiverse will be present in the MCU’s Secret Wars. MCU projects like Avengers: Age of Ultron or Captain America: Civil War are hardly exact replications of the comics they’re named after. That being said, the MCU is already sowing seeds for a similar multiversal catastrophe that will undoubtedly warrant the newly confirmed Avengers: Secret Wars title as the perfect conclusion to the Multiverse Saga.

More: Why MCU Phase 4 Is Ending With Black Panther 2

Kevin Erdmann is one of Screen Rant’s staff writers. With a major in Cinema Studies and a minor in Comics and Cartoon Studies from the UofO, Kevin is pretty sure he’s writing for the right site. While Kevin is a huge Marvel fan, he also loves Batman because he’s Batman and is a firm believer that Han shot first. Disney also shares a big part of his fan patronage. Kevin lives in Oregon with his wonderful wife and sinister cat who is no doubt currently plotting his demise.