10 Underrated Movies Where It’s Best Going In Spoiler Free, According To Reddit 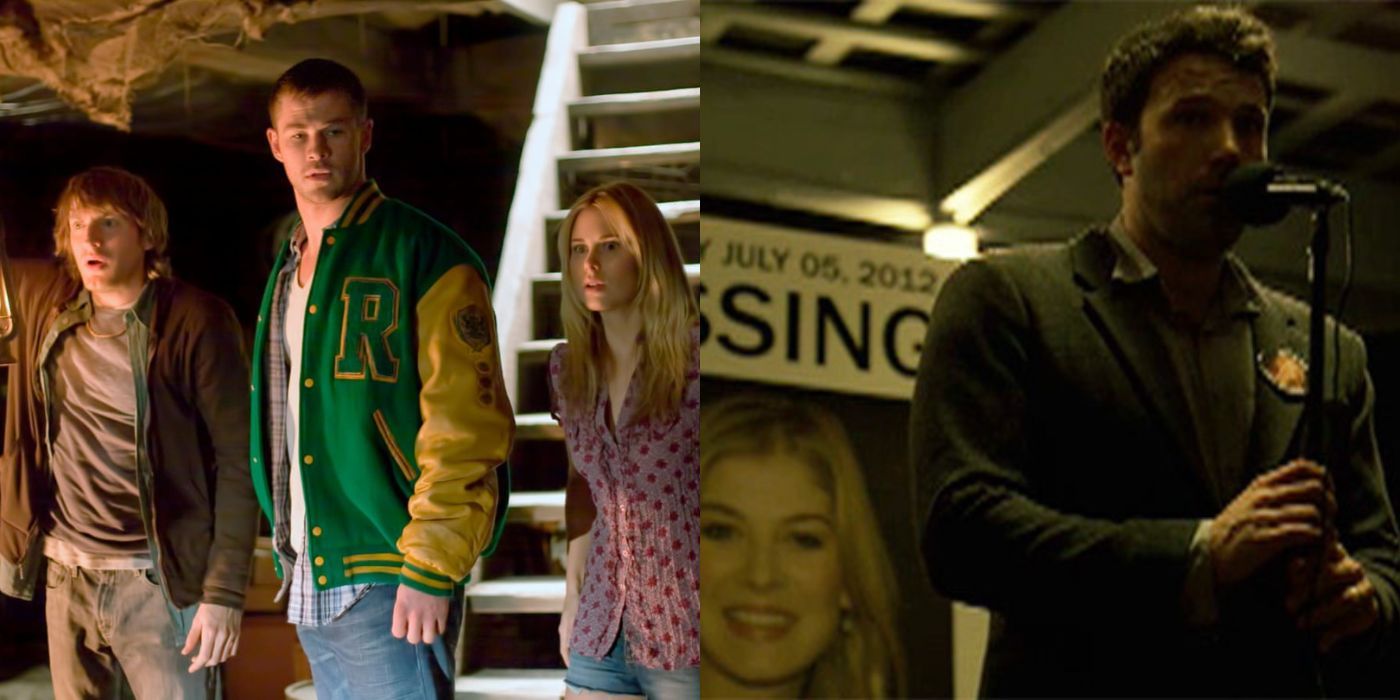 Jordan Peele’s new horror movie Nope is hitting cinemas in two weeks and little is known about the plot. While the trailer reveals a tiny part of the mystery, it feels like the kind of movie where it’s best to go in fully blind, which applies to Peele’s two previous movies as well, granting an effective first-watch full of surprises.

Reddit users picked underrated movies that offer unique experiences especially when viewers watch them without prior knowledge of the plot, creating an immersive experience where anything can happen.

If Uncut Gems left viewers in an anxiety-inducing state, Good Time is the kind of movie that will drive them insane for good. Also directed by the Safdie brothers, the movie takes viewers by the hand into a young man’s odyssey through New York’s underworld in a desperate attempt to get his brother out of jail.

Robert Pattinson is exceptionally great in the role of a troubled man of questionable values, as he engages in a series of chaotic events that just happen to make his situation worse. Good Time is a pulsing dose of adrenaline, and as pointed out by lostintransit12, it’s best to go in with absolutely no knowledge for the full experience.

With an unbelievable budget of only $50.000, Coherence is an enigmatic sci-fi that delivers tension solely through by interaction between characters. On the night of a passing comet, eight friends experience a chain of reality-bending events at a dinner party. Taking place in the same scenarios and through the course of one night, Coherence addresses themes such as Schrödinger’s cat and the chaos theory, turning a seemingly typical night into a troubling anomaly in space and time.

Merguez mentions Coherence as the exact type of movie that is necessary to go in blind, as every scene leads to an even weirder revelation about what’s going in. Just like the characters are trapped in a wicked situation viewers are left questioning where Coherence draws the line on reality, or if ever does.

Drew Goddard is one of the most prominent directors with only two feature films, and The Cabin In The Woods is an insanely creative debut from the past decade. Brought up by DreadPixel, the movie initially seems to be the typical cabin fever horror as five friends spend the weekend in a remote cabin in the woods, where they gain more than they bargained for.

The film doesn’t hide its inspirations, providing countless references to classic horror movies in the most over-the-top way possible. In the isolated cabin, the typical horror story structure takes an unexpected turn, and The Cabin In The Woods quickly becomes one of the funniest meta-movies out there.

When talking about Audition jaketwoo91 claims, “the set up of the movie doesn’t give any idea on where it’s going to end up.” This classic Japanese horror film is regarded as one of the most disgusting and distressing movies ever made, but viewers are left with no clue on the reason why, until halfway through the story.

In Audition, a widower accepts to screen girls at a special audition, arranged for him by a friend with the hidden purpose of finding him a new wife. When his eyes catch a seemingly sweet, innocent girl, the story takes a dark turn. The long build-up pays off horrifically, as the movie shifts all of a sudden to a terrifying journey into pure madness and cruelty.

The Handmaiden is one of the best Korean movies of all time, and offers a series of plot twists when viewers least expect it. The movie starts off as a simple story of deception when a woman is hired as a handmaiden to a Japanese heiress, with a plan to lock her up in a madhouse and defraud her. BulletSea states, “it’s told in three individual but related parts and really keeps you glued to the screen the more the plot unravels.”

When the two women discover unexpected emotions, the story quickly turns into an eleborated thriller where each character hides their true motivations. Masterfully directed by Oldboy director Park Chan-wook, The Handmaiden is especially effective when viewers are just as disoriented as the characters in the movie, offering an immersive narrative committed to shock and surprise more than once.

When talking about Eternal Sunshine Of The Spotless Mind, Iphotoshopingcats states, “you get at least halfway into before you have any real idea what it’s about.” Written by the brilliant Charlie Kaufman, the film is set in a world where people can undergo a procedure to erase memories from their minds. After being told his ex-girlfriend erased him, a heartbroken Joel decides to do the same. As he watches his memories fade away, he realizes he still loves her.

The movie counts with a memorable dramatic performance by Jim Carrey and incredible twists that grant a fantastic first-time watch. The film addresses two parallel narratives: a chaotic journey into Joel’s mind, and a drama with lots of arguing involving the characters taking care of Joel’s procedure.

Weirdly enough for a movie where it’s best to go in blind, Memento is a movie where the narrative follows no chronological structure. Following a protagonist who suffers from short-term memory loss, the film offers only fragments of the truth in no particular order, but builds up to a shocking twist. As mentioned by Tsu21, it’s the kind of movie best to go in spoiler free, but it requires a second watch for the full experience.

That’s because Memento is considered one of the most confusing movies of all time, presenting a twisted narrative about a man tracking down the man who raped and murdered his wife. His memory loss condition affects the narrative in a way viewers are left as disoriented as the protagonist, which makes the movie a truly puzzling experience.

Suggested by ancient_mariner666, After Hours escalates into an unexpected series of chaotic situations. As he rushes to meet a girl he saw earlier at a coffee shop, an ordinary word processor sees a promising night ahead. Unfortunately for him, he instead finds himself trapped in the worst night of his life, left helplessly with no money in pointless attempts to go back home.

After Hours is meant to be watched at night and without knowing anything else about the plot. It’s a chaotically hilarious movie that shifts in tone quite surprisingly, shying away from Scorsese’s classic themes but still addressing most of his trademarks.

A memorable Palme D’Or and Best Picture winner, Parasite was the biggest sensation of 2019 thanks to word-of-mouth recommendations. Every single person watching Parasite for the first time is left with no idea how the plot will unravel, especially with brilliant plot twists inserted right in the middle of the movie.

A deleted Reddit account states sharply, “Parasite. No explanation needed. Just go see it.” Mixing comedy, thriller, drama, and even hints of horror in a complex character-driven narrative, Parasite offers a strong social commentary on class discrimination in the most engaging way possible, consolidating the movie as a contemporary masterpiece.

Pretty much every David Fincher movie is best to go without prior knowledge because he’s the man when it comes to handling psychological thrillers. Gone Girl is the best example because each character’s intentions are individually obscure, but lead to a shocking truth when pieced together.

niall_9 claims, “Gone Girl‘s first watch is pretty great if you know nothing.” The movie follows a man whose life has turned upside down after his wife’s disappearance. With the media distorting facts and pressure mounting from all sides, it’s unclear whether or not he’s innocent in the whole situation.

Next: 10 Drama Films That Verge On Becoming A Horror Film


Next
9 Best Reveals About Spider-Man: Freshman Year From SDCC 2022

Arthur is a Business Communication graduate, now studying Film in Brazil, the land of delayed releases. A huge fan of body horror and underground masterpieces, he is also crazy about the awards season and likes to make Oscar predictions throughout the year. He currently lives in Rio de Janeiro and hopes to find his place in the local art scene.

Fans Wonder if DC Took Joker Too Far in ‘The Batman’