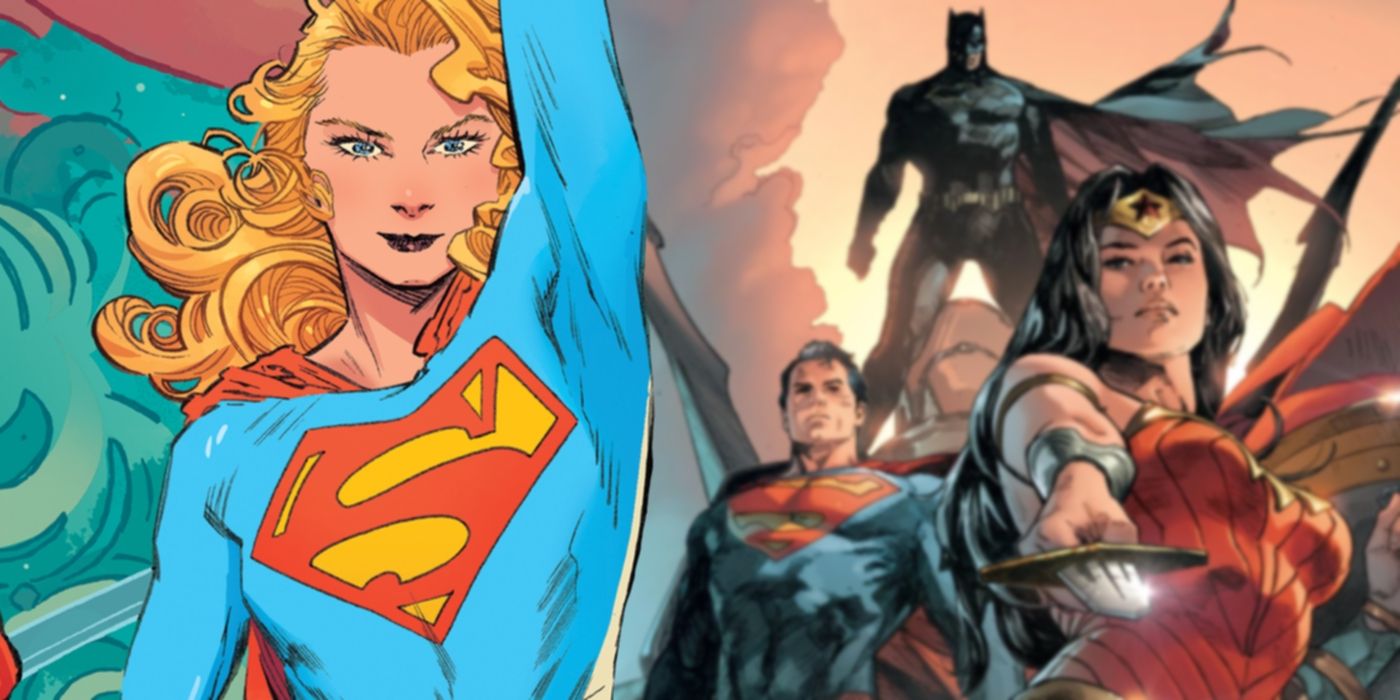 A rough encounter with a deadly villain showed that even with her abilities removed, Supergirl carries on the powerful spirit of DC’s Trinity.

Of all the heroes in the DC Universe, Supergirl is the only hero to wield the combined might of its powerful Trinity. Thanks to their training, the spirit of Wonder Woman, Batman, and Superman all shine through the young hero, even when she finds herself powerless.

While Clark had the benefit of being born on Earth, his cousin had lived the majority of her life on Krypton before its destruction. Upon her arrival to her new home world, Kara was much less in control of her powers and was quite prone to incidental bouts of destruction. Superman helped Supergirl by taking her under his wing and showing her the ropes of heroism. Knowing that Kara would need a lot more than just his help, Superman introduced Supergirl to some of DC’s heroes like Batman and Wonder Woman who taught her valuable skills to add to her amazing set of powers.

Related: Supergirl Weaponized Her Immortality in a Way Superman Never Could

Supergirl demonstrated just how effectively she channels her three greatest mentors when she faced off against one of her most insidious villains. In Supergirl #40 by Sterling Gates and Jamal Igle, Supergirl is seeking Reactron, the villain that attacked the city of Kandor and murdered her father. The man with the gold kryptonite heart makes his move and attacks Kara midair. Thanks to Reactron’s particular brand of kryptonite, Supergirl finds herself temporarily powerless. After making a crash landing on a nearby roof, the villain prepares to dispatch with his nemesis for good. However, Kara attacks Reactron with a piece of rebar and is able to hold her ground in a fight. When the villain inquires how Supergirl got so effective at fighting, Kara simply responds “I trained with Batman. With the Amazons.“

Supergirl’s ability to stay calm and fight back would make all three of her mentors proud. While Superman, Batman and Wonder Woman had their differences over Kara, they knew that the best recourse was to guide her and help her use her powers for good. In doing so, they passed along their best traits to Supergirl and each trait was crucial in this fight.

What makes the DC Trinity so special is that its three main components each bring something unique to the table, and Kara shows that off in this instance. When Supergirl was falling to Earth after Reactron’s attack, quick-thinking and preparedness—which Batman taught her—kept Kara alive. When directly challenged by Reactron, Wonder Woman’s Amazon fighting skills kept Supergirl’s enemy at bay. And, Supergirl channeled her cousin because she never lost hope. Kara is the perfect amalgamation of the Trinity’s best assets and nothing showed it more than her brave defense against one of her most vicious enemies. While Wonder Woman, Batman and Superman all have allies that carry on their spirits, Kara is one of the few to possess the greatness of all three. In many ways, Supergirl is the best parts of DC’s Trinity rolled into one character.

Next: Supergirl Is Stronger Than Superman For ONE Reason

Justin Epps is either a professional amateur or an amateurish professional depending on who you ask. After spending a nearly three decades debating important topics like the best era of Batman, he’s decided to harness that passion into a professional career. With a background in the underground world of zine-making as well as podcasting, he’s taken the next step in his career with professional writing.

Wanting to break into entertainment journalism, as well as capitalize on his lifelong hobbies, Justin’s begun taking up writing jobs starting here at Screen Rant. With an encyclopedic knowledge of DC, as well as a love of independent and alt comix scene, he’s brought his A-game to create some genuinely unique articles. From reviewing books to scoping out controversial takes, Justin’s found the perfect place to unleash his love of comic books in community he’s proud to call home.

He’s currently based in North Carolina and wondering if it’s humanly possible to type up 600 articles a month.

10 Quotes That Perfectly Sum Up Wonder Woman As A Character