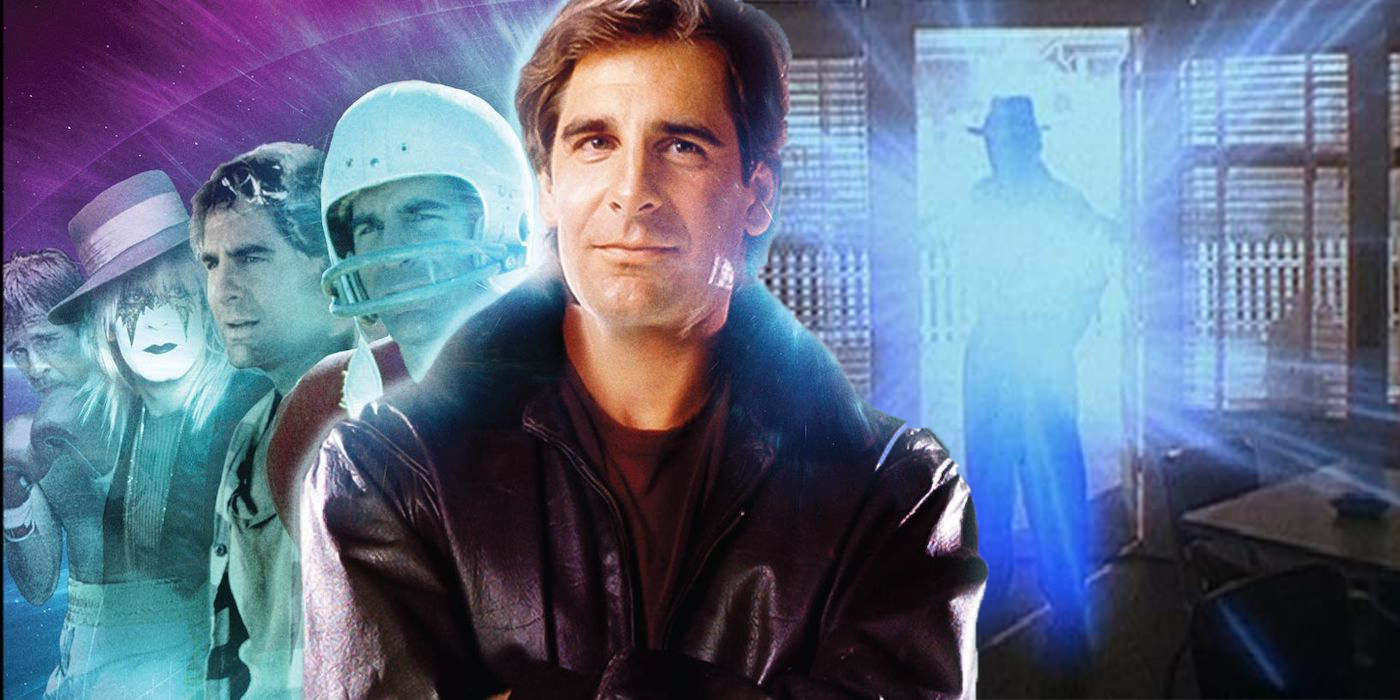 Quantum Leap is a classic show, but ended on one of the most underwhelming cliffhangers in TV history, and the coming revival can right that wrong.

A revival of Quantum Leap is exciting for several reasons, but the biggest is that it can finally put right the cliffhanger that the series finale got wrong. Running from 1989 to 1993, Quantum Leap was one of the best examples of a cult show. It was rarely a ratings hit but maintained a loyal enough audience for most of its run that NBC saw value in keeping it around. Quantum Leap was also critically acclaimed, and it never hurts to have a show that a network can boast about. However, to this day fixing the Quantum Leap ending has been a key demand from fans, as the last episode of Quantum Leap in 1993 wasn’t well received.

Still, ratings and the accompanying advertising dollars they draw are the bottom line, at the end of the day – at least on broadcast TV. After several years teetering on the brink of cancellation, Quantum Leap finally got the ax from NBC after five seasons. Unfortunately, it made that fateful decision after the Quantum Leap season 5 finale and ending had already been shot, and Quantum Leap‘s creators had done so with the impression that a season 6 would probably happen. For decades the show remained off-air, meaning the story of Quantum Leap spent years notoriously unfinished (a mistake echoed in recent years by DC’s cliffhanger Legends of Tomorrow ending). However, the upcoming revival of Quantum Leap season 6 on NBC can change this.

Related: Everything We Know About Buffy’s Revival

The Quantum Leap series finale led to one of the worst unresolved cliffhanger endings to ever befall a beloved TV show. After a finale that set up and teased an exciting new direction for Quantum Leap season 6, a hastily tacked-on title card revealed that Dr. Sam Beckett never returned home. To add insult to injury, Beckett’s name was misspelled as “Becket.” After five seasons of Sam trying to find a way back to his own time and be reunited with his loving wife, a sudden, sad, and vague ending was the opposite of what fans wanted to see and what the show itself deserved. After following him for four years, they wanted Beckett to ultimately find his way back how (or at least find a new one). Thankfully, NBC’s upcoming Quantum Leap revival offers a glimmer of hope that this much-hated, almost three-decades-old Quantum Leap ending cliffhanger can be closed.

The ending of the Quantum Leap series finale, “Mirror Image,” left audiences with so many questions that have gone unanswered for over 30 years. The episode saw Sam meet a mysterious bartender who, it’s heavily implied, might be God. The bartender tells Sam that he’s actually been leaping himself this time and that his leaps will get tougher, but that first, he’ll be going on some kind of sabbatical. The last leap shown sees Sam go back and save Al’s marriage to Beth by telling her he’s still alive as a P.O.W. in Vietnam. Then, according to the infamous title card of the Quantum Leap ending, he never returns home.

If what “God” said is true, why would Sam never choose to go home, even for a short time, in between meeting Quantum Leap‘s historical figures? Why would he keep leaping forever, into old age, instead of trying to pass the mantle to someone new, such as the daughter he was aware went on to work at Project Quantum Leap? Did Sam die during a leap, and if so, when? While it’s unconfirmed whether or not Scott Bakula will return as Dr. Sam Beckett in the Quantum Leap revival, it seems likely he will, if only because he’s expressed openness to taking part in one many times. If that’s the case, the revival could finally reveal Sam’s ultimate fate, or even better, rewrite it by having him successfully complete his final leap and return home to his long-suffering wife Donna. Both Quantum Leap‘s faithful, and the character of Sam Beckett, deserve a better conclusive ending than “Mirror Image” provided. If only Dean Stockwell hadn’t recently passed on, so that Al could be there to greet Sam with a hug, it might even be perfect.

The Quantum Leap Reboot Will Explore These Mysteries And Provide Answers

NBC has announced a few plot details for the upcoming Quantum Leap revival starring Raymond Lee, and these slithers of information should be reassuring for those seeking a resolution to the original Quantum Leap series finale. Lee will be playing Dr. Ben Seong, the new protagonist of Quantum Leap and Dr. Sam Beckett’s replacement in the modern era. Sam Beckett’s accident with the Quantum Leap accelerator is critical to the plot of the Quantum Leap reboot, and NBC’s new series is a continuation of the original show. It’s one of many shows from the eighties and nineties returning to public awareness, such as the Frasier reboot, Buffy, and That 90s Show, but few have the narrative responsibility that has befallen the new Quantum Leap‘s creators given where its predecessor left off.

Sam Beckett is mentioned in the show’s initial logline, giving fans a lot of hope that it will provide answers to the questions remaining from the end of Quantum  Leap season 5 (although there’s no news as to whether Scott Bakula himself will return). The renewed Quantum Leap will focus on a group of scientists attending to the Quantum Accelerator in the modern era, and Lee’s Dr. Seong will presumably end up on the same kind of time-jumping escapades that Bakula’s Beckett endured almost thirty years ago. The series is set to premiere in September 2022, so fans of Quantum Leap might not be waiting that much longer for the mystery of Sam Beckett’s whereabouts (or whenabouts) to finally be solved.

Michael Kennedy is an avid movie and TV fan that’s been working for Screen Rant in various capacities since 2014. In that time, Michael has written over 2000 articles for the site, first working solely as a news writer, then later as a senior writer and associate news editor. Most recently, Michael helped launch Screen Rant’s new horror section, and is now the lead staff writer when it comes to all things frightening. A FL native, Michael is passionate about pop culture, and earned an AS degree in film production in 2012. He also loves both Marvel and DC movies, and wishes every superhero fan could just get along. When not writing, Michael enjoys going to concerts, taking in live professional wrestling, and debating pop culture. A long-term member of the Screen Rant family, Michael looks forward to continuing on creating new content for the site for many more years to come.