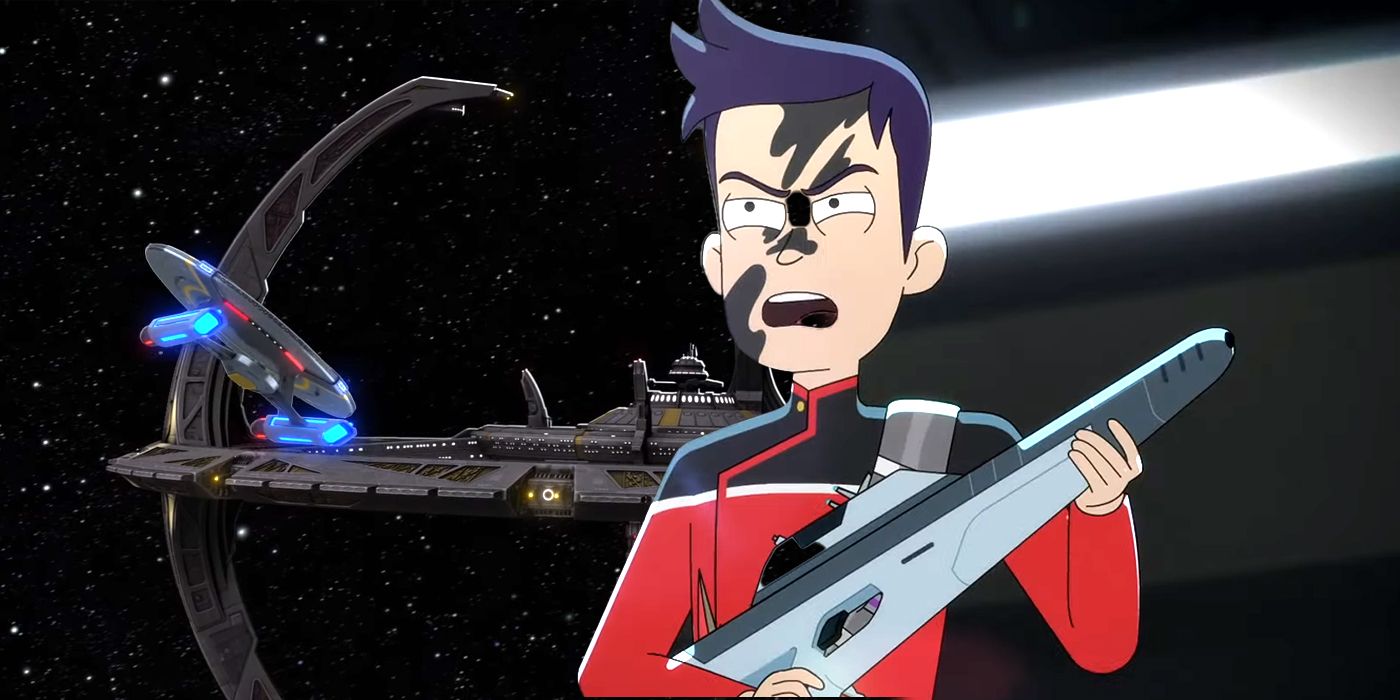 Over 20 years after it came to a close, Starfleet is heading back to Alpha Quadrant with Deep Space Nine’s return in the Star Trek: Lower Decks season 3 trailer. Created and run by Rick and Morty alum and Solar Opposites co-creator Mike McMahan, the animated series revolves around lower-ranking members of the USS Cerritos and their adventures, as well as menial jobs aboard the ship. Tawny Newsome leads the cast of Star Trek: Lower Decks alongside Jack Quaid, Noël Wells, Eugene Cordero, Dawnn Lewis, Jerry O’Connell, Fred Tatasciore and Gillian Vigman.

Star Trek: Lower Decks season 3 will pick up sometime after the events of the season 2 finale, in which Lewis’ Captain Carol Freeman was arrested under the accusation of detonating a Veruvian bomb on Pakled Planet. The next chapter of the series will see the crew attempting to clear her name and take back the Cerritos from being grounded by Starfleet and embark on new adventures through the galaxy. With just over a month remaining until its return, audiences are getting their first proper look at Star Trek: Lower Decks season 3, including the return of a major franchise location.

As part of its San Diego Comic-Con Panel, Paramount+ has revealed the Star Trek: Lower Decks season 3 trailer. The video sees the crew of the USS Cerritos still reeling from season 2’s cliffhanger ending in which Captain Freeman was arrested, while also revealing the return to Deep Space Nine. Check out the exciting trailer below:

Deep Space Nine was first introduced in the Star Trek franchise with the eponymous show that ran for seven seasons from 1993-1999. The show was set in the 24th century, where the titular space station had been built by the United Federation of Planets with the help of local planet Bajor, and explored the Deep Space Nine crew’s interpersonal conflicts, their duties watching over a nearby wormhole connecting to the Gamma Quadrant and navigating the conflict between the Bajorans and Cardassians. While not garnering the same level of ratings as Star Trek: The Next Generation, which was running simultaneously at the time, Star Trek: Deep Space Nine scored largely favorable reviews from critics, though reportedly was poorly received by George Takei and Gene Roddenberry.

While Deep Space Nine has been referenced in a variety of comics and novels, the Star Trek: Lower Decks season 3 trailer marks the first major return to the space station since the series came to a close. Though longtime fans of the franchise continue to debate where it sits on the overall ranking of shows, the trailer’s jab at Deep Space Nine is sure to prove a fun little nod to those who weren’t taken with Star Trek: Deep Space Nine while also teasing the possibility of more fan-favorite characters returning for the animated series. Only time will tell when Star Trek: Lower Decks season 3 premieres on Paramount+ on August 24.

Every Trailer Comic-Con 2022 Could Reveal

Grant Hermanns is a News Writer, Interviewer and Hiring Manager for Screen Rant, having joined the team in early 2021. Way back in 2015 while still in his college days, Grant got his start in the entertainment journalism industry with creator-friendly site Moviepilot until it shuttered nearly three years later. From there he joined the staff at ComingSoon.net and was its Associate Editor prior to coming over to Screen Rant.

To say he’s a lover of film and television would be an understatement and when he’s not mass consuming either you can find him exploring the world of Dungeons & Dragons with friends or slowly making his way through his gaming backlog.