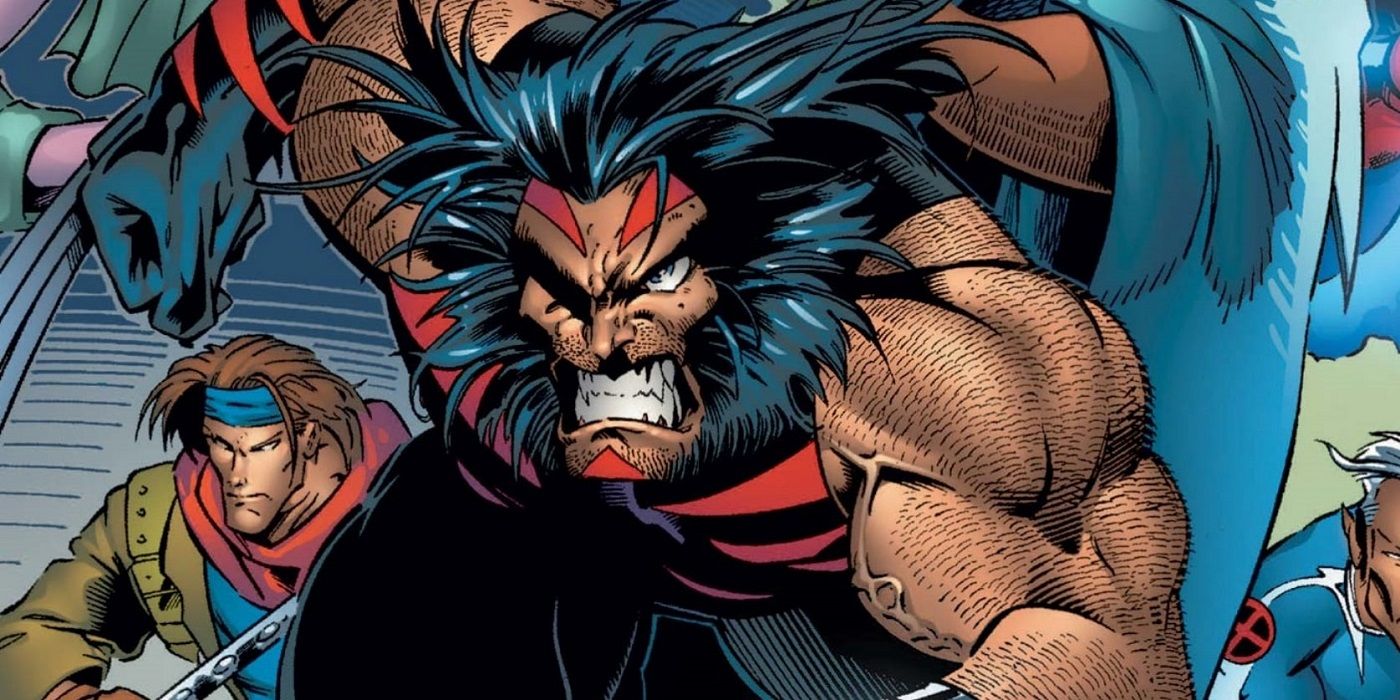 Iron Studios has a booth set up at San Diego Comic-Con for the weekend and, naturally, they came prepared with some new prototype figures to show off to fans. Among other things, the high-quality collectible company unveiled a string of X-Men figures sure to please any fans of the Age of Apocalypse storyline. Iron Studios shared photos of Rogue, Magneto, Wolverine, and Apocalypse prototype figures on Twitter, though they can currently be seen in person at booth #100.

Each figure captures the characters as depicted in Age of Apocalypse down to the smallest details. These are some of the coolest variations of these characters, particularly Wolverine who is depicted in his Weapon X variant. During the events of the storyline, he lost one of his hands in a fight with Cyclops and is left with only a metal stump lodged where the hand would be. The statue perfectly captures his look, from the stump down to his face paint and red and blue suit. Rogue and Magneto take on more traditional looks, though Magneto’s long white hair can be seen coming out from his helmet as one of the more defining visual flairs of this variant. Age of Apocalypse saw a more benevolent Magneto who formed the X-Men in the late Charles Xavier’s wake and fought for humanity.

Of all the figures though, Apocalypse has the most meticulous design by far. The statue depicts the fearsome villain covered in scratch marks and bullet holes, yet completely unfazed. Rather than donning a full suit of blue and purple armor as in other iterations, he opts instead for a red and blue chest piece with a flowing cape, some gauntlets, and armored boots. He appears as the conqueror he is in the Age of Apocalypse – powerful and full of malice. Apocalypse has always been a major threat in the Marvel universe, but the X-Men crossover event is one of his most terrifying depictions as he arrives on Earth far earlier than expected and takes over the planet. He begins culling humanity, determined to wipe out any non-mutant left on the planet until ultimately falling to Magneto.

Other figures from throughout the X-Men universe and Age of Apocalypse, in particular, were also on display, including Bishop, Colossus, and Storm as well as the man who started it all, Professor X. These statues are still just prototypes and are pending approval, so there’s no telling when they could go on sale for the public.

X-Men wasn’t the only property getting love from Iron Studios during SDCC though. Thor, Mighty Thor, Yondu and Baby Groot, and the legendary Stan Lee himself were all showcased at the event under the Marvel umbrella. The premium collectible company also tapped recent films for their showcase, creating a figure of Wong following the successful release of Doctor Strange in the Multiverse of Madness.

Iron Studios’ new prototypes are on display at SDCC, but if you can’t make it out for the event, check out the photos below. The company’s official Twitter also has loads more figures from the event up for those at home.