9 Horror Films Starring the Cast of ‘The Boys’ 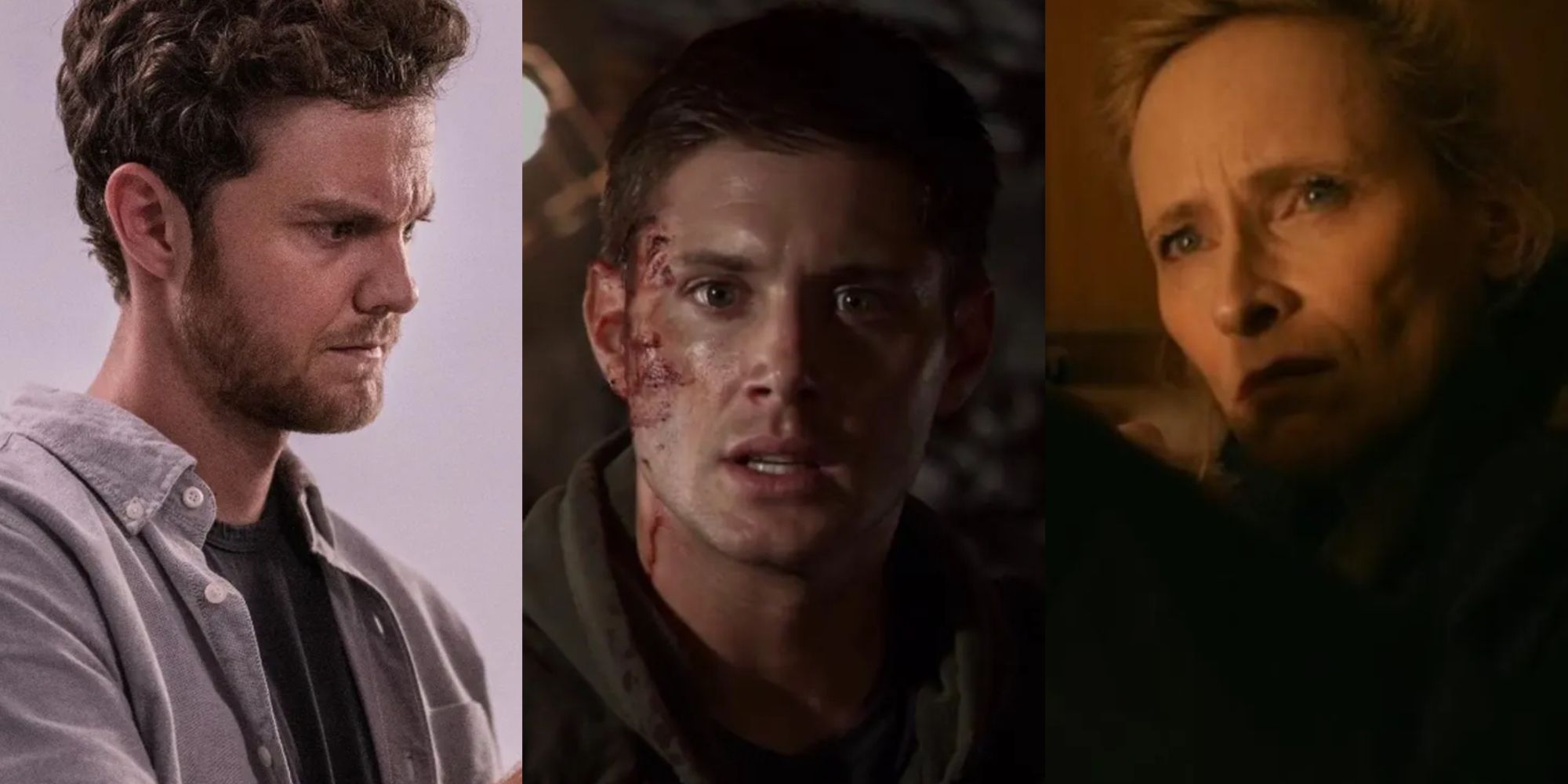 In its three-season run, The Boys have imagined a possible reality of superheroes in modern America. To say it succinctly, it’s not a positive one.

RELATED: 7 Most Diabolical Things Homelander has done in The Boys so far

Between gruesome deaths, graphic sex scenes, explicit language, and an array of offensive jokes from abhorrent characters — The Boys exposes the horrors of power, fame, and delusion. The cast, however, is no stranger to the world of horror. Many cast members of The Boys have starred in a wide array of horror movies over the year, ranging from the much-maligned DOOM adaptation to the much better-received Scream 5.

The year is 2046, and Aerospace researchers on Mars send a distress call following an attack from an unknown offender. A team of marines, including John “Reaper” Grimm (Karl Urban) and Sgt Asher “Sarge” Mahonin (Dwayne Johnson), is tasked with answering the call but, more importantly, retrieving the data compiled as a result of the experiments taking place.

Soon, the team finds themselves facing off against mutant creatures and fighting for their lives. But are these creatures native to the planet? Or something much more sinister?

True crime besties McKayla Hooper (Alexandra Shipp) and Sadie Cunningham (Brianna Hildebrand) are willing to do anything to get their blog “Tragedy Girls” more followers – including creating their own series of brutal murders to report on. With the help of a kidnapped murderer, they cleverly begin to take out key locals to create talk about the town.

However, when Sadie doesn’t stick to a plan to kill her love interest — the local Sheriff’s son, Jordan (Jack Quaid) — the girls fall out, and McKayla decides to take matters into her own hands, ending in disaster. Tragedy Girls is an underrated gem of a female-fronted slasher.

This made-for-3D remake of the ’80s classic stars Jensen Ackles as Tom Hanniger, the son of the owner of a mine that exploded back in 1997. The cause of the explosion was down to Hanniger himself. However, it was revealed after the incident that sole survivor Harry Warden killed the miners he was trapped with to preserve oxygen — leaving him alive but comatose.

One year later, Warden awakens and murders several teenagers partying in the mine as an act of revenge; Hanniger barely escapes the attack. Ten years later, the killings begin again, but with Warden supposedly dead — who is the masked miner ripping out his victim’s hearts?

When his father is kidnapped, thief Casper (Sam Strike) and his friends Iris (Virginia Gardner) and Dodge (Brandon Micheal Hall) conspire to rob a high-security mansion near the coast of Malibu to pay the ransom demanded. Acting as caterers to gain access to the house, they meet the owners — husband and wife Patrick (Julian McMahon) and Roxanne (Robin Tunney), and their children Alexis (Erin Moriarty) and Elliot (Kian Lawley).

As their guests arrive, it appears that the family has invited them to help them overcome their struggles with addiction. However, as the reality of their shared ‘issues’ become apparent, this seemingly friendly dinner party turns deadly, and what should have been a straightforward robbery turns into a bloodbath.

When newcomer Chase Collins (Sebastian Stan) arrives, and a student at their academy turns up dead, the boys must fight against deadly spirits, reckless warlocks, and a foe believed long dead.

2022 saw the return of Ghostface with a brand-new cast of characters, including this generation’s answer to Sidney Prescott (Neve Campbell) — Sam (Melissa Barrera). When the masked killer attacks Sam’s sister Tara (Jenny Ortega), she and her boyfriend Richie (Jack Quaid) return to Woodsborough to take care of her.

When she barely escapes an attack herself, and everyone around her begins to drop dead, Sam realizes she must seek the help of series legends Dewey (David Arquette), Gale (Courtney Cox), and Sidney to discover who is behind the mask and the murders.

When the inhabitants of a small fishing island off the Maine coast lose contact with the mainland and ferries stop arriving with guests, a local doctor (Laila Robins) quickly realizes something is terribly wrong. Islanders attempt to leave and disappear, later washing up on shore as nothing more than a corpse.

This moody creature feature is a slow burn, exploring the desperation of being hunted in isolation from the world while being haunted with the knowledge that no one is coming to the rescue.

When struggling writer Fred (Josh Ruben) rents a cabin to work in isolation, he meets Fanny (Aya Cash) — an acclaimed horror writer. A storm causing a power cut leads the pair to spend the night together drinking, taking drugs, and acting out several scary stories.

Fanny mocks Fred’s inability to reach success in writing, and as the film progresses and things take a darker turn, the real horror story in his life is that he knows she is right. This Shudder original is a quirky horror comedy for fans of films like Werewolves Within.

Last month, the trailer for the upcoming release of Smile had the internet a-buzz – a promising new original horror film from first-time feature director Parker Finn. Smile stars Sosie Bacon as a doctor who witnesses the violent suicide of one of her patients. The incident then appears to send her into a spiral of delusions and terrifying visions.

The preview didn’t give away too much, but it did give us a glimpse of Jessie T. Usher starring as Trevor, as well as a truly unique and unpredictable jump-scare.