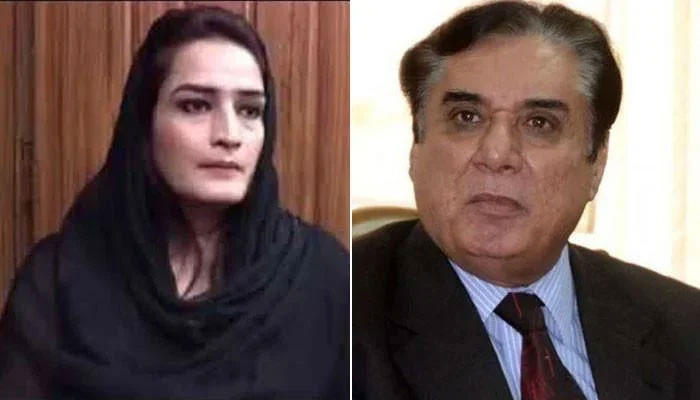 The commission will investigate allegations of “sexual offences including assault, harassment, outraging and insulting modesty, misdemeanour, misconduct, misuse and abuse of authority” made by the complainant against the alleged offenders, the notification states.

The commission will conduct a probe and perform its tasks according to the following terms of reference (TORS), namely:

To determine violation, if any, of the integrity of the process of administration of justice, security of person, right to a fair trial, absolute inviolability of dignity of person and equality of citizen.

To determine, after inquiry, as to whether criminal liability, if any, is incurred by any or all persons complained against or any other person or public office holders, by any offences so defined In the Pakistan Penal Code, 1860 (Act).

To inquire into allegations that Gul was prompted to provide video/audio material by some officials and the same was later on leaked to a private TV channel for ulterior motive and design.

To determine, after inquiry, as to whether disciplinary proceedings, if any, are attracted by some persons complained against or any other person, by any of their act.

To fix the responsibility on any person or public office holder, aiding or abetting by any act in the Commission of any offence(s) or in violation of laws, if any, so determined.

To make clear and specific recommendations in the light of the findings of the inquiry to take any necessary legal action, by any agency, department or any other person.

The decision to form a commission came after Gul accused former NAB chief of sexual harassment. During her appearance in Geo News programme ‘Aaj Shahzeb Khanzada ke Saath’ on July 7, she also disclosed that the PTI chief Imran Khan used her videos to blackmail the Opposition and shut down his NAB cases.

She shared that Justice (retd) Iqbal threatened her saying ‘I can destroy your life within a minute’.

Following her allegations, the Human Rights Commission of Pakistan (HRCP) called for removal of the former NAB chairperson, along with other accused officials of the accountability watchdog.

“It is of grave concern that these allegations were levelled by a woman who had approached Justice (Retd) Iqbal in his capacity as COIED chairman—a position in which he was responsible for protecting Tayyaba Gul’s testimony and securing her right to seek justice for a missing relative,” a statement by the HRCP read.

Share
Facebook
Twitter
Pinterest
WhatsApp
Previous articleThe Rock Says ‘Black Adam’ Will ‘Usher in a New Era’ in the DCEU
Next articleHasim Rahman Jr. says he is getting paid less than half of what Tyron Woodley did to fight Jake Paul

I’m not a fascist — I like the Tories, says Italy’s far-right leader – POLITICO