The Wheel of Time Season 3 Renewed 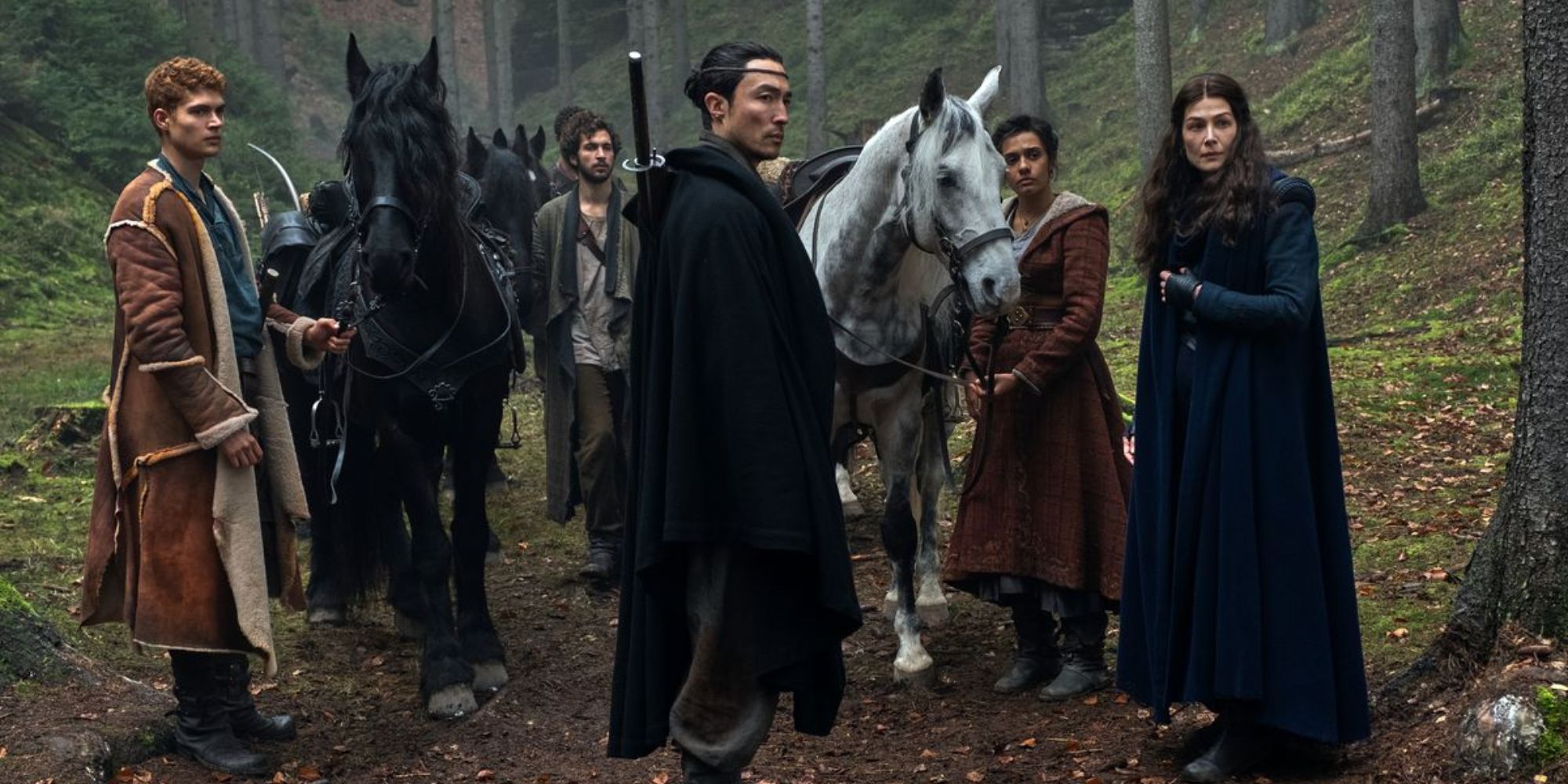 Ahead of the premiere of Season 2 of Prime Video’s epic fantasy, The Wheel of Time, it was revealed at San Diego Comic-Con during The Wheel of Time: Origins panel that the hit series has been renewed for a third season. Based on the late Robert Jordan‘s best-selling novels, The Wheel of Time is an expansive series that first premiered on the streamer in November 2021. As fans headed into the first season, we already knew that the series would return for a second season, so it’s a relief to have that same assurance as the next season starts to unfurl.

Showrunner and executive producer Rafe Judkins was on-site for the Origins panel and in a statement shared ahead of the announcement he shared his excitement and revealed where the story will be headed saying, “I’m so thrilled that we’ll be making a third season of The Wheel of Time. The Shadow Rising has always been my favorite book in the series, so being able to bring it to television and introduce new audiences to the stories that made me fall in love with these books in the first place is such an honor, and something I’ve been working toward since I first pitched the show years and years ago.”

The Shadow Rising is the fourth novel in Jordan’s series, and as fans of the television series will know, the seasons seem to incorporate plot points from several books at a time as the cast embarks on their dangerous journey.

Most of the original cast is set to return for Season 2, including Rosamund Pike, Josha Stradowski, Marcus Rutherford, Zoë Robins, Madeleine Madden, and Daniel Henney. Dónal Finn will take over as Mat Cauthon in Season 2, as the character embarks on a darker path, as set up in the Season 1 finale. Additional newcomers to Season 2 include Ayoola Smart, Ceara Coveney, Natasha O’Keeffe, Gregg Chillingirian, and Meera Syal.

In addition to Judkins, the series is executive produced by Larry Mondragon and Rick Selvage of Red Eagle Entertainment (Winter Dragon), Ted Field and Mike Weber of Radar Pictures (Jumanji: Welcome to the Jungle, Winter Dragon), Darren Lemke (Shazam!, Goosebumps, Winter Dragon), and Marigo Kehoe. The Wheel of Time is co-produced by Amazon Studios and Sony Pictures Television, who also shared their enthusiasm about the renewal.

“We are so excited to dive deeper into the world of The Wheel of Time with Rafe Judkins and his team, who have done such a marvelous job of honoring Robert Jordan’s vision and delivering an incredible viewing experience to Prime Video customers. Season One resonated with the most loyal of Jordan devotees, as well as the uninitiated, who were experiencing this incredible world for the first time, proving this is a show that truly stands out in the genre space. We couldn’t be happier to give fans more reasons to be excited about the show and bring more The Wheel of Time to our customers worldwide.”

In a statement from Sony Pictures Television president Jeff Frost and co-president Jason Clodfelter they said:

“Initially, people around the globe fell in love with Robert Jordan’s The Wheel of Time books and now thanks to Rafe Judkins and his incredible team that epic world has vividly been brought to life on Prime Video. We are so pleased to be able to continue the journey and deliver this remarkable story to fans around the world. Sony Pictures Television is proud to continue its partnership with Amazon Studios as we move toward Season Three.”

A release date has not yet been released for the return of The Wheel of Time. Filming on Season 2 wrapped back in May. Watch the teaser footage for Season 2 that was shared at San Diego Comic-Con below:

The Worst Sequels and Remakes Ever