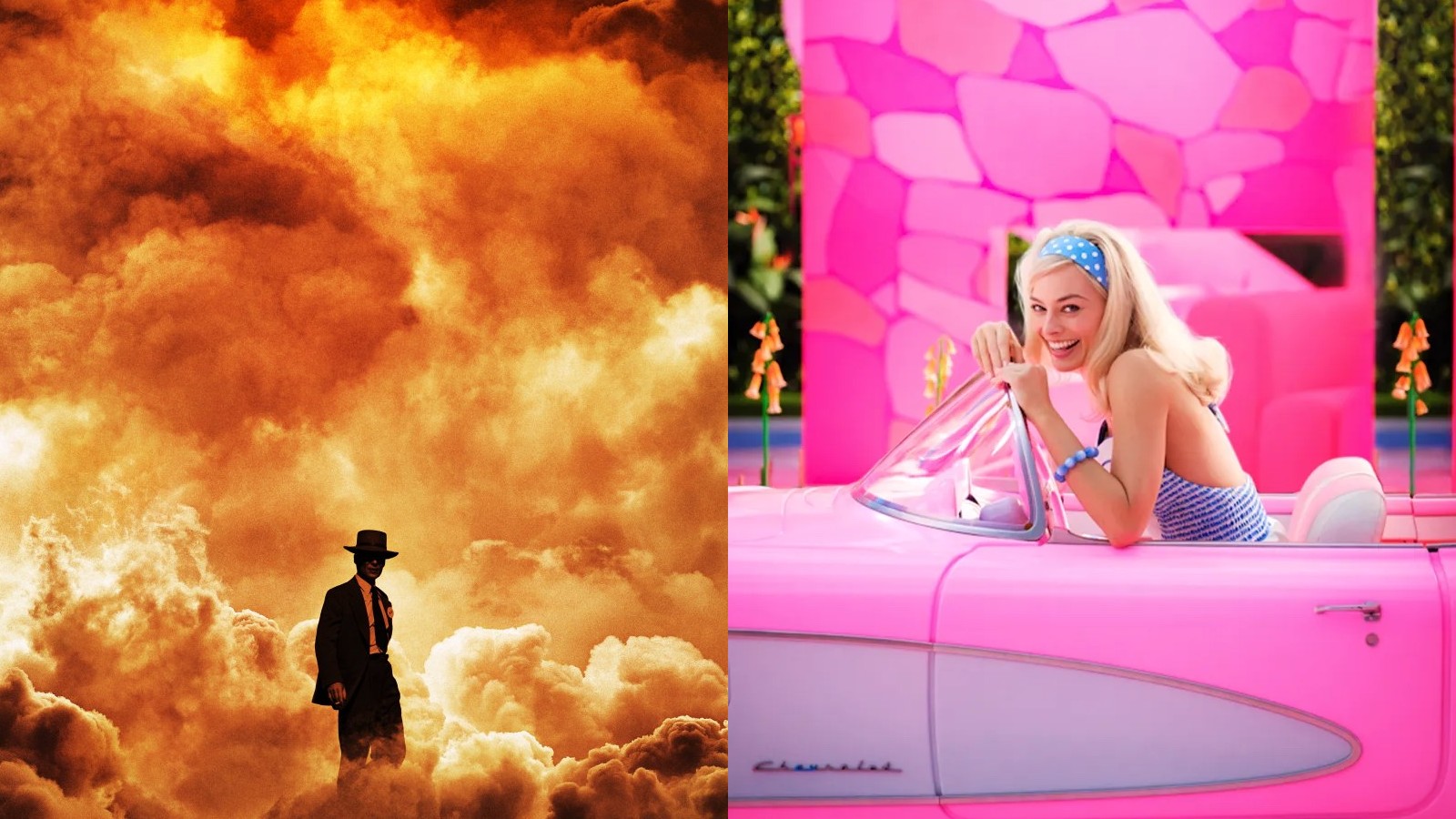 In the annals of cinematic history, there have been no less likely rivals for the attention of the movie-going public than J. Robert Oppenheimer and children’s toy Barbie.

Oppenheimer, the theoretical physicist and lead scientist on the atomic bomb project who famously said, “I am become death, destroyer of worlds,” is the subject of Christopher Nolan’s forthcoming biopic Oppenheimer. And Barbie is a plastic toy woman with unlikely proportions and a beach house in Malibu who has become the destroyer of parents’ bank accounts, and the subject of Greta Gerwig’s upcoming movie.

The audience for a long, dry film about a physicist is unlikely to eat into the box office take of a bouncy pink-toned live-action movie about a children’s toy. But one irony-minded fan decided to pit the two films against each other before they’ve even been released, creating a pink nuclear holocaust-themed fan poster for the latter film based on the just-released teaser poster for the former.

Much of the prerelease hype around Barbie thus far has been around Ryan Gosling’s pitch-perfect embodiment of the titular character’s plastic boyfriend Ken. While the level of hype on social media is a good sign for the film’s producers that it’s gaining traction among fans, Hollywood would do well to remember that Twitter tends to latch onto movies that never actually end up being supported at the box office, which has led to disappointing returns for Snakes on a Plane and the now-infamous, humiliating re-release of Morbius.