10 Best Movies Made in Chicago (and Where to Stream Them) 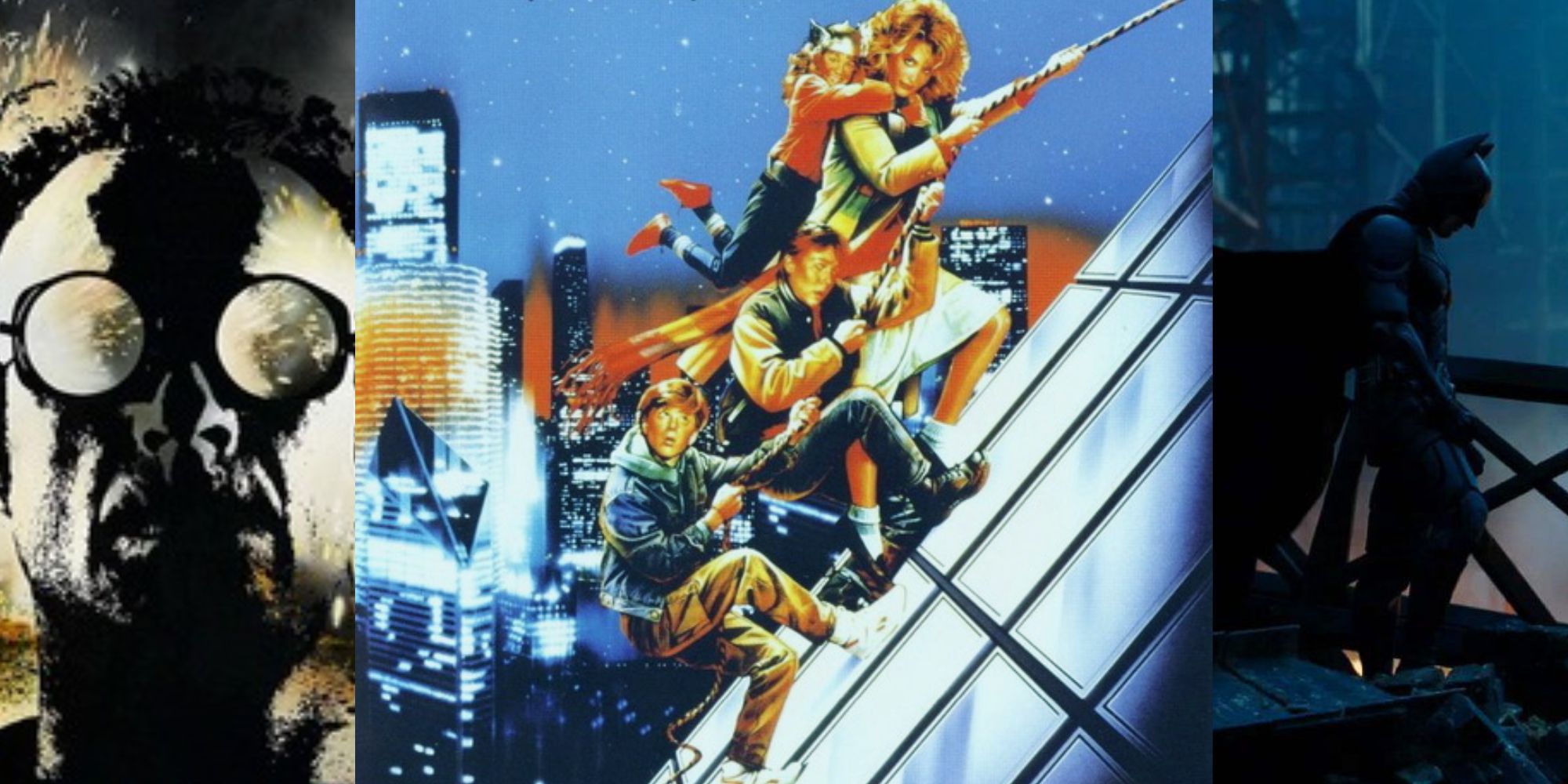 Whether it’s the architecturally eclectic skyline, walks along the river, the ‘96 Bulls roster, or hot dogs topped with pickles, there’s just something singularly wonderful about Chicago. Famously called the Windy City for its boastfulness rather than any meteorological features which modulate wind velocity, Chicago is home to films its urbanites can justly brag about.

There are plenty of noteworthy films set in Chicago and shot elsewhere, but–with apologies to fans of The Sting, Judas and the Black Messiah, and Broadway adaptations–those titles have been excluded from consideration. For the purpose at hand, there’s no Windy City like the real one!

Between a flaky boyfriend and an unwanted babysitting gig, Chris (Elisabeth Shue) can’t seem to catch a break. However, Chris’ day gets a lot worse when her best friend calls in a desperate favor. Left with no choice but to drive into town with three kids, she faces one hilarious setback after another.

A flat on the Dan Ryan Expressway culminates in a thrilling finale on Michigan Avenue atop the Crain Communications Building. In between, the group scales a warehouse, gets into knife fights on the L, and outruns professional criminals across the city. You can find Adventures in Babysitting on Disney+.

After he’s released from prison, Jake (John Belushi) teams with his brother Elwood (Dan Aykroyd) to save their childhood orphanage. While trying to organize a blues concert and raise $5,000, the brothers clash with police, neo-Nazis, and rival bands.

The Blues Brothersis Chicago’s quintessential film the way The Godfather is the greatest mob story ever; no matter how many times they are surpassed by a High Fidelity or a GoodFellas,these classics will retain their GOAT status by virtue of seniority. Nevertheless, a retrospective of the Windy City’s cinematic appearances that fails to mention this musical-comedy is incomplete. Stream it on Philo or fuboTV.

Several horror movies have been set in The Windy City, but none with as much purpose as Candyman. The town’s racial history and the Cabrini-Green residences are integral to the film’s folklore.

Produced by Jordan Peele and directed by Nia DaCosta, this sequel to the 1992 classic is a fuller realization of the original’s ambitions. Its memorable opening credits immerse you in a de-romanticized but no less majestic vision of Chicago. Familiar structures–like the Marina City towers–are used to unnerving effect. Available on EPIX NOW and Amazon Prime.

RELATED: Yayhya Abdul-Mateen II And Teyonah Parris On Why ‘Candyman’ Is Still Relevant Now And The Importance Of Filming In Chicago

A film that needs no introduction, The Dark Knight has garnered Christopher Nolan endless praise for his refashioning of Chicago into Gotham City. The second entry in his Batman trilogy has been compared to Michael Mann’s LA-set Heat in no small part due to its extensive use of locale.

The truck chase was partly shot on Lower Wacker Drive, and the subsequent confrontation between the Joker and Batman takes place on South LaSalle Street. Gotham General Hospital was constructed—and blown up—on Cicero Avenue. There’s also the iconic shot of the Caped Crusader looking over Gotham from the top of Willis (then Sears) Tower. Only time will tell if audiences associate Matt Reeves’ also-Chicago-set The Batman with the city as strongly as they do The Dark Knight. Both films are on HBO Max.

Every kid who’s played hooky since 1986 has tried to recreate the adventure Ferris Bueller (Matthew Broderick) takes to the Second City with his girlfriend (Mia Sara) and best bud (Alan Ruck) in this classic teen comedy from John Hughes. The trio’s odyssey, with stops at the observatory on the 103rd floor of Willis Tower and the Art Institute, has become emblematic of youthful ambivalence.

Ferris Bueller’s Day Off is an exuberant tour of the midwest’s great metropolis. A gorgeously color-graded version is available on Paramount+.

Sentenced to Illinois State Penitentiary for his wife’s murder, Dr. Richard Kimble (Harrison Ford) gets a final chance to prove his innocence after a prison trip goes awry. He is pursued throughout Chicago by tenacious U.S. Marshal Samuel Gerard (Tommy Lee Jones).

Kimble’s subterranean quest for vindication inhabits the city’s every dimension. Above ground, we get a foot chase through Daley Plaza up Dearborn Street during the St. Patrick’s Day Parade and a climactic confrontation at the downtown Hilton. Granular geographic details make for entertaining exchanges and crucial narrative turns (see video above). This distinctly Chicagoan thriller can be streamed on HBO Max.

The Blues Brothers may be the “official” movie about Chi-town’s music scene, but all the cool kids know the real jam is this irreverent, freewheeling hangout comedy that plays like the Chicago-set brainchild of Woody Allen and Cameron Crowe. High Fidelity even has a bit of fellow Chicagoan classic Ferris Bueller’s Day Off in its DNA. Aside from superficial similarities, like fourth-wall breaks, both films share a vibrant sense of the city’s culture. If you’re a film lover, shots of the Biograph and Music Box are guaranteed to swell your heart.

RELATED: Why ‘High Fidelity’ Plays So Differently After 20 Years

John Cusack plays Rob Gordon, a trained architect who prefers spending his days talking trash and ranking music with his friends at the record store he manages. After a break-up, he reevaluates life with help of his vinyl collection. Magnificent views of the city are captured along Rob’s ponderous walks across moveable bridges (of which Chicago has more than any other city in the world!) and under the L. High Fidelity is available on HBO Max.

Michael Mann has always possessed a talent for incorporating setting into his narratives. The most obvious example is 1995’s Heat, but his directorial debut Thief, in which screen legend James Caan plays a car salesman who moonlights as a diamond burglar, proved at the outset of Mann’s career that he is a master of urban storytelling.

Of the filmmaker’s two Chicago-based projects (the other being 2009’s Public Enemies), this is the better one. But it’s no tourist’s excursion, either. While key scenes unfold beneath the CTA’s signature elevated tracks and by the harbor against a shimmering downtown skyline, Mann eschews landmarks for an authentically local survey of surrounding neighborhoods. Catch it on Tubi and Pluto TV.

Any list of essential Chicago stories is obligated to make some mention of Al Capone. It isn’t hard, either: Capone has been played by several dozen actors. Nevertheless, Robert De Niro’s portrayal of the legendary gangster in Brian De Palma’s The Untouchables remains the popular favorite. Set during the 1920s, the film follows the efforts of Elliot Ness (Kevin Costner) and his hand-picked crew of crime fighters to shutter Capone’s bootlegging operation.

Instead of recreating Prohibition-era Chicago on a soundstage or using a stand-in location, De Palma—as well as his team of DPs and production designers—combined lighting techniques and short lenses to film in the city while keeping anachronistic architecture out of frame. The result is a visual marvel that you can experience on HBO Max.

It’s going to be a long time before a film or series reinvents a city the way this sprawling urban thriller does. Widows, directed by Steve McQueen and written by Gone Girl author Gillian Flynn, is a masterclass in using setting to enhance storytelling. Viola Davis leads a stellar cast in this crime drama about four women who find themselves trapped between competing interests in the run-up to an aldermanic election.

Narratively and visually, Chicago is inextricable from this gritty tale of local politics. The performances are uniformly excellent, the editing is electric, and the cinematography—whether it’s a view from an apartment on Lake Shore Drive, a long take on the hood of a car that’s hopping zip codes, or a train in wide-angle passing 333 Wacker Drive—is simply incredible. There’s no way Widows, available on FXNOW, doesn’t become an all-time Windy City classic.