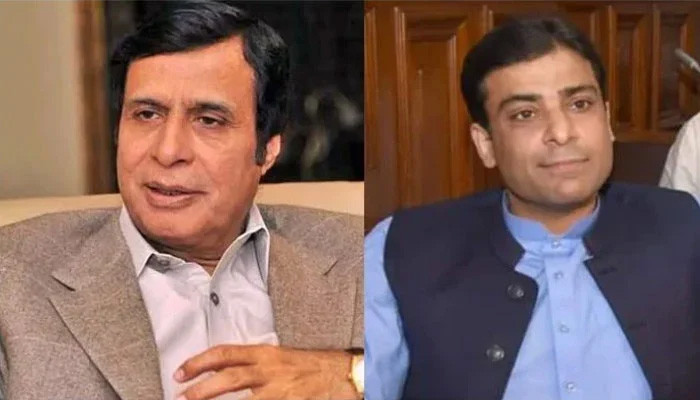 LAHORE: A crucial Punjab Assembly session to elect a new chief minister is scheduled to start shortly for which Opposition lawmakers have reached the provincial legislature.

The election of the chief executive of the country’s largest province between PML-N’s Hamza Shahbaz Sharif and PTI and PML-Q’s candidate Pervez Elahi will also determine national politics.

Political analysts believe if the opposition parties — PTI and the PMLQ — win the prized slot in Punjab, the coalition government in the Centre will ultimately feel the heat.

With two provincial governments in the pocket, the ousted premier Imran Khan would prove to be a bigger threat to the Shahbaz Sharif-led federal government, hence there may be an early general election.

Ahead of the election, the members of the PTI and PML-Q — who were staying at a hotel for the last couple of days — were brought to the provincial assembly.

Speaking on the occasion, Opposition Leader Sibtain Khan claimed that  186 members of the Opposition were present in the assembly.

When asked to comment on Minister for  Interior Rana Sanullah’s statement that more than 50 members will not vote during the election, Elahi said: “Don’t talk about a person who has never spoken the truth in his life.”

Talking to journalists shortly before the start of the session, PTI Secretary-General Asad Umar hinted at not dissolving the Punjab Assembly after Elahi gets elected as the chief minister.

“The Punjab Assembly will continue till the current system is intact,” he told journalists.

The PTI leader said that PPP Co-chairperson Asif Ali Zardari’s politics of “buying” politicians has ceased to exist as the voters have rejected the party, referring to the PTI’s victory in the by-election.

Umar added that the PTI has the numbers it needs and Elahi will win the election.

PTI Senior Vice President Shah Mahmood Qureshi, meanwhile, told journalists that he hopes that the election will be conducted “peacefully” as compared to the last one which was marred by violence.

Assuring that the party will cooperate with the deputy speaker, he hoped that PTI’s allies and the government will abide by their promise.

Qureshi termed the “auctions” of politicians embarrassing and urged the Supreme Court to take notice of the people who have sold their “conscience”.

PTI leader and former minister for Kashmir and Gilgit-Baltistan affairs Ali Amin Gandapur was seen leading his party’s MPAs in buses to the Punjab Assembly.

Gandapur, known for his hardline attitude, counted the MPAs to ensure that the party has the right number of lawmakers and their and PML-Q’s joint candidate wins the CM election today.

The PTI said that a total of 186 — the required simple majority of lawmakers — had reached the Punjab Assembly and they were asked to remain in the assembly’s committee room.

The lawmakers were taken to the assembly in four separate buses — and were not allowed to arrive at the assembly on their own as the party wanted to ensure that none of their lawmakers went missing for any reason.

The MPAs also offered Friday prayers in the committee room.

“Although I am not a member of a party, I will support Hamza Shahbaz sahab,” Bukhari said in a video shared by the PML-N.

On the petition of the Leader of the opposition in the Punjab Assembly Sibtain Khan and PTI leader Zainab Umar, the Lahore High Court (LHC) prohibited Punjab Police from entering the assembly premises.

LHC’s Justice Muzammil Akhtar Shabbir said that the police can enter the assembly premises if the law and order situation deteriorates.

During the past three to four days, both sides exchanged allegations of horse-trading against each other.

The PTI workers staged a protest demonstration at Liberty Chowk in Lahore and its leadership vehemently condemned the presence of Asif Ali Zardari, the PPP head, in Lahore in the last two days.

During this period, he held meetings with PML-Q President Chaudhry Shujaat Hussain. The opposition believes that Asif Zardari was manipulating the poll process and heavy offers were being made to the MPAs for supporting Hamza Shahbaz.

The Opposition alliance has 188 members in the house of 371 while the PML-N coalition has 179 MPs. The PTI clean sweeping the July 17 by-election changes the whole scenario for the nascent government of Hamza Shahbaz after the party won 15 seats.

The only option left for the PML-N is to cause a breach in the PTI-PML(Q) parliamentary strength. If six or seven MPAs of the PTI miss the polling, the opposition candidate could be in real trouble.

The votes of Chaudhry Nisar Ali Khan and newly elected independent MPA Pir Rafiuddin Bokhari are of great significance now. The Pir, elected from Lodhran, is inclined towards the PML-N.

Nevertheless, in the second round of the CM election, even the lead of one vote would mark the victory of the contestants as either side will have to come up with the figure of 186 in the assembly, which is needed to prove a simple majority in the Punjab Assembly.

Firepower and cyber have emerged as the mainstay of future war: COAS