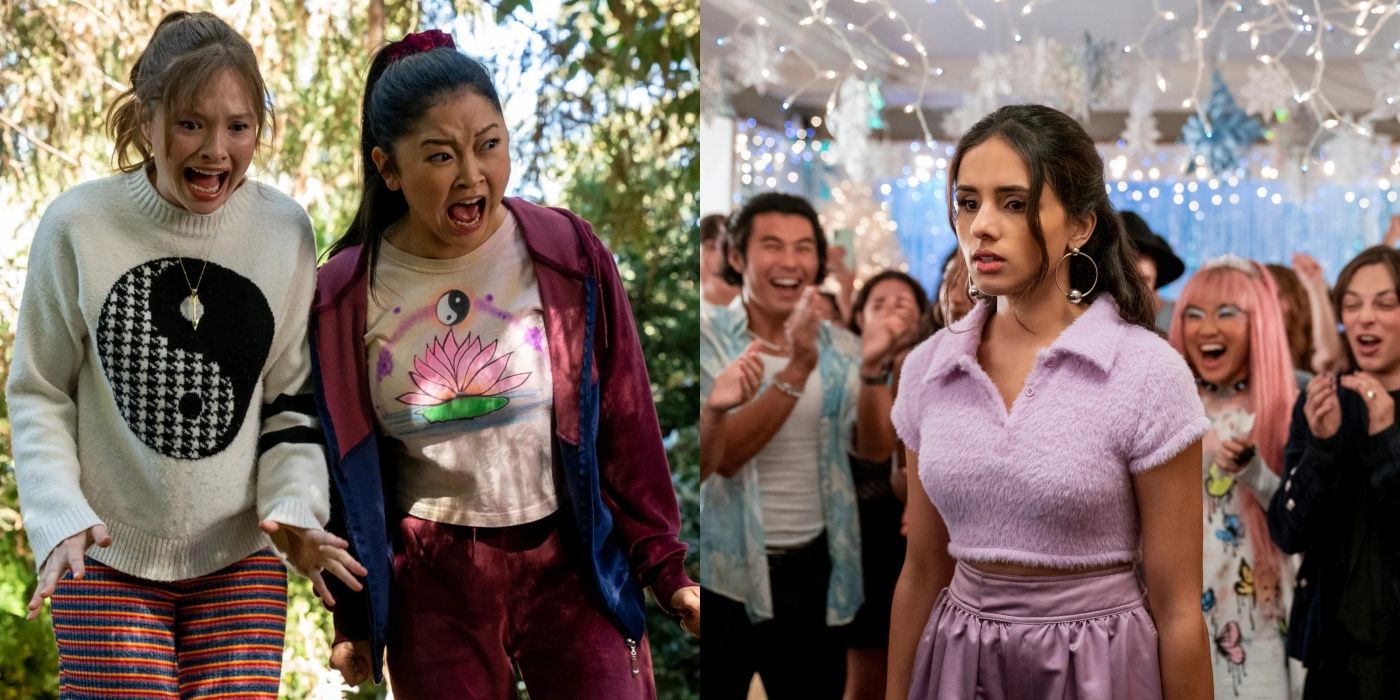 The new Netflix miniseries Boo, Bitch takes a comedic approach to high school, as Erika Vu turns into a ghost and tries to right some wrongs before she can transition. Lana Candor, who stars as Erika, told Elite Daily that she believes in paranormal occurrences. Candor said, “I have had so many weird, unexplainable instances happen to me. I believe in energy staying around after people pass. I believe in spirits and energy staying around. And that stuff is scary.”

Boo, Bitch has several fascinating characters, from mean girls to Erika and her best friend Gia, who helps Erika on her journey to learn what she has to do before finding peace in the afterlife. Fans of the miniseries can find the cast and follow them on Instagram.

Prom is always a huge part of high school and a setting for juicy drama in movies and TV shows. Madison Thompson plays Emma in Boo, Bitch, who is in charge of the group who are planning prom. From the first episode, it’s clear that Erika and Gia will be attending prom, and this show does a great job of showing what a big, thrilling milestone this is.

Previously, Thompson played Lindsey Coolidge on the quirky sitcom American Housewife and has signed on to play Susan in the upcoming Grease: Rise of the Pink Ladies.

Boo, Bitch is a perfect comedy about high school and the high school has several different friend groups. There is one funny group who are all named Jake, and Michael Solomon plays one of them named Jake M. While viewers learn a lot about Erika, it’s also compelling seeing the relatable friendships between several of her classmates.

Michael Solomon played Elijah Mayer in the TV series Solve and is playing Benny in the upcoming movie The Other Side of Infinity.

A series is only as strong as its cast of characters, and Boo, Bitch has an impressive group who populate the high school that Erika and Gia attend. Conor Husting plays Jake W. who is part of the group of Jakes.

Conor Husting has played a variety of young adult roles: Sean in the funny and charming reboot of Punky Brewster, Tobey in the vampire movie Let Me In, and Jaxon on On My Block.

Jason Genao plays Devon in the series, who has a difficult and complex connection to Erika. Erika bullied Devon and called him “Stinky” and then realized that she was wrong and that she should treat him better. There are many common tropes in teen comedies and since Boo, Bitch is about a ghost, it offers up a unique look at high school life.

Genao also starred in On My Block as Ruby Martinez, an intelligent character who loves Math, and the actor also played Napoleon in The Get Down.

Every good teen series needs a popular crowd, the characters who rule the school, dress in a fabulous manner, and who everyone looks up to, even though they probably shouldn’t. Jami Alix plays Lea, who is friends with Riley, and neither character is very nice or compassionate.

Alix is going to play Cinnamon in Freeridge, a TV series about friends who are dealing with a curse that kills people.

While Erika is figuring out how to make several things in her life right again before going to the afterlife, she also has a moving love story that becomes a huge and significant part of the miniseries. Mason Versaw plays Jake C., who Erika likes, and it’s sweet watching Erika and Jake begin to date. Complicating matters is Jake’s former partner Riley.

Versaw’s other credits include Teenage Jon in the Netflix musical comedy tick, tick… BOOM! and Casper in the 2022 film Sex Appeal, which tells the story of Avery Hansen-White, who wants to learn everything that she can about sex and intimacy.

Tenzing Norgay Trainor played Gavin, one of the most compelling characters on the series. Gavin runs the club at school that is all about exploring and discussing the supernatural.

Tenzing Norgay Trainor is known for playing Trevor on American Housewife, who Oliver becomes good friends with as they meet at school. The actor appeared on the show in seasons 4 and 5.

While the best teen shows have strong friendship stories, fans are always curious which characters will fall in love, as there’s nothing like the drama and emotion of first love. Aparna Brielle played Riley in Boo, Bitch. Aparna and Jake C. are in a relationship at the start of the show but they split up, which creates some conflict and drama since Erika likes Jake C.

Brielle played Sarika Sarkar on the charming sitcom A.P. Bio, a role that, like Riley, is all about navigating the tough parts of high school. The actor also had a role in the 2019 film Jay and Silent Bob Reboot.

Zoe Colletti plays Erika’s best friend Gia, and the two characters have one of the best TV friendships as they care about each other, have fun, and most importantly of all, Gia believes Erika when Erika shares that she has become a ghost. It’s endearing to see Erika and Gia spending time together.

While Boo, Bitch is more funny and light-hearted than scary, Colletti has starred in a horror movie before. Colletti played Stella Nicholls in Scary Stories To Tell In The Dark, Dakota in Fear The Walking Dead, and most recently, she has portrayed Charles-Haden Savage’s sweet and spunky daughter Lucy in Only Murders In The Building.

Lana Candor plays the main character Erika Vu, and while Erika’s situation might not be relatable since she becomes a ghost, she has typical high school experiences. Fans of young adult stories will love seeing Erika hang out with her best friend, begin dating Jake C., and learn who she is.

Candor also starred as Lara Jean in the Netflix trilogy To All The Boys I’ve Loved Before, and Lara Jean and Erika share several things in common, as they’re exploring love and identity. Candor also voiced the character of Casey McGarry in two episodes of Bojack Horseman. Candor also stars opposite Cole Sprouse in the 2022 film Moonshot.

NEXT: 10 Behind-The-Scenes Secrets You Never Knew About To All The Boys I’ve Loved Before

A Complete Timeline of Gods In The MCU

Aya Tsintziras is a Senior Writer at Screen Rant who enjoys writing about TV and movies. She has a Political Science and Media Studies degree from the University of Toronto and a Masters of Journalism from Ryerson University. She lives in Toronto with her husband and has a special interest in teen dramas, reality TV, and horror movies. Aya has been a freelance writer since 2014 and has written about topics ranging from pop culture to travel, parenting, and dating and relationships. When she’s not writing, Aya enjoys working out, reading a good book (usually a thriller) with a cup of coffee, and spending time with friends and family. Aya’s favorite movies are Scream and You’ve Got Mail and her favorite TV shows include My So-Called Life, Gilmore Girls, You, and Seinfeld.

The frenetic thrills of the Safdie Brothers’ second feature