HomeVideoHonor Among Thieves Trailer Rolls For an Epic Adventure
Video

Honor Among Thieves Trailer Rolls For an Epic Adventure 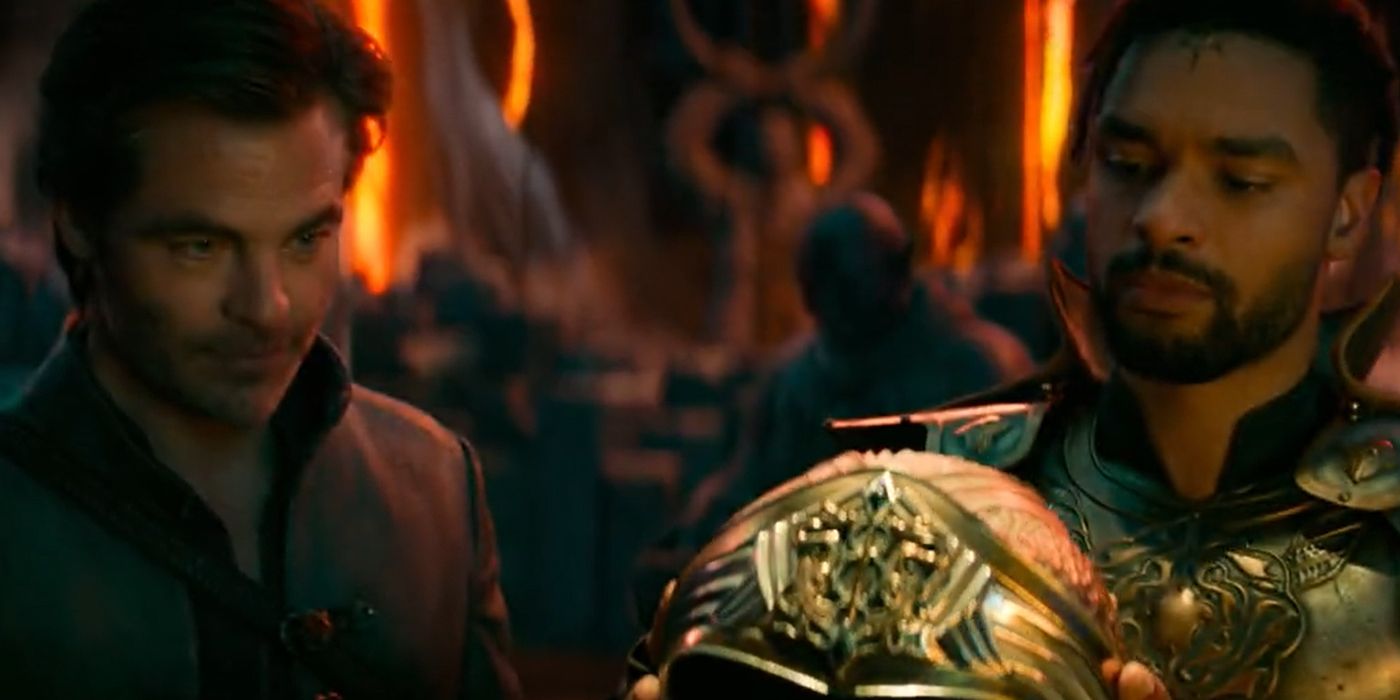 Prepare to test your Perception, because there are many Dungeons & Dragons references in the first footage for Honor Among Thieves. As part of a San Diego Comic-Con panel featuring the cast and crew of the upcoming film, we finally got a peek at the highly-anticipated adaptation of the popular tabletop RPG universe.

Just as we could expect from any D&D adventure, Honor Among Thieves features a group of adventurers who has to band together, explore catacombs, and retrieve treasures. But, of course, it’s hard to trust new partners in a deadly adventure, and it takes some time for everyone to learn how to help each other with their unique skills and magical powers. The new footage gives us a taste of how Honor Among Thieves will handle the adventuring side of the movie by introducing the cast of dungeon crawlers, who are thieves on a journey

Of course, no adventure would be complete without traps and monsters. Keen-eyed fans will be happy to know the upcoming film pays homage to classic challenges we’ve all encountered in our own tabletop adventures. We can’t wait to learn more about the movie and better understand how Honor Among Thieves adventurers will overcome high Challenge Ratings in their campaign to win the hearts of fans and critics alike.

Dungeons & Dragons was first adapted to theaters in 2000 in a flop starring Jeremy Irons, Marlon Wayans, and Thora Birch. The movie displeased fans, was poorly received by critics, and was unable to convince the non-player audience the trip to theaters was worth their time. However, Honor Among Thieves faces a different social context, as Dungeons & Dragons have been gaining popularity thanks to Hollywood obsession with the 1980s and TV shows such as Stranger Things. So, all Honor Among Thieves needs to do is to be half-decent to share the box office spoils.

Fortunately, Paramount is giving another adaptation a shot, with an all-star cast and a pair of successful co-directors. Co-director John Francis Daley is known for playing Lance Sweets on the hit TV series Bones, while co-director Jonathan Goldstein worked as a writer for Spider-Man: Homecoming and directed the movie Game Night starring Jason Bateman and Rachel McAdams. As for the cast, Honor Among Thieves features the star power of Chris Pine, Michelle Rodriguez, Justice Smith, Sophia Lillis, and Regé-Jean Page.

Dungeons & Dragons is set for release on March 3, 2023. Check out the film’s first trailer below: