10 Burning Questions We Have After The Season 1 Finale 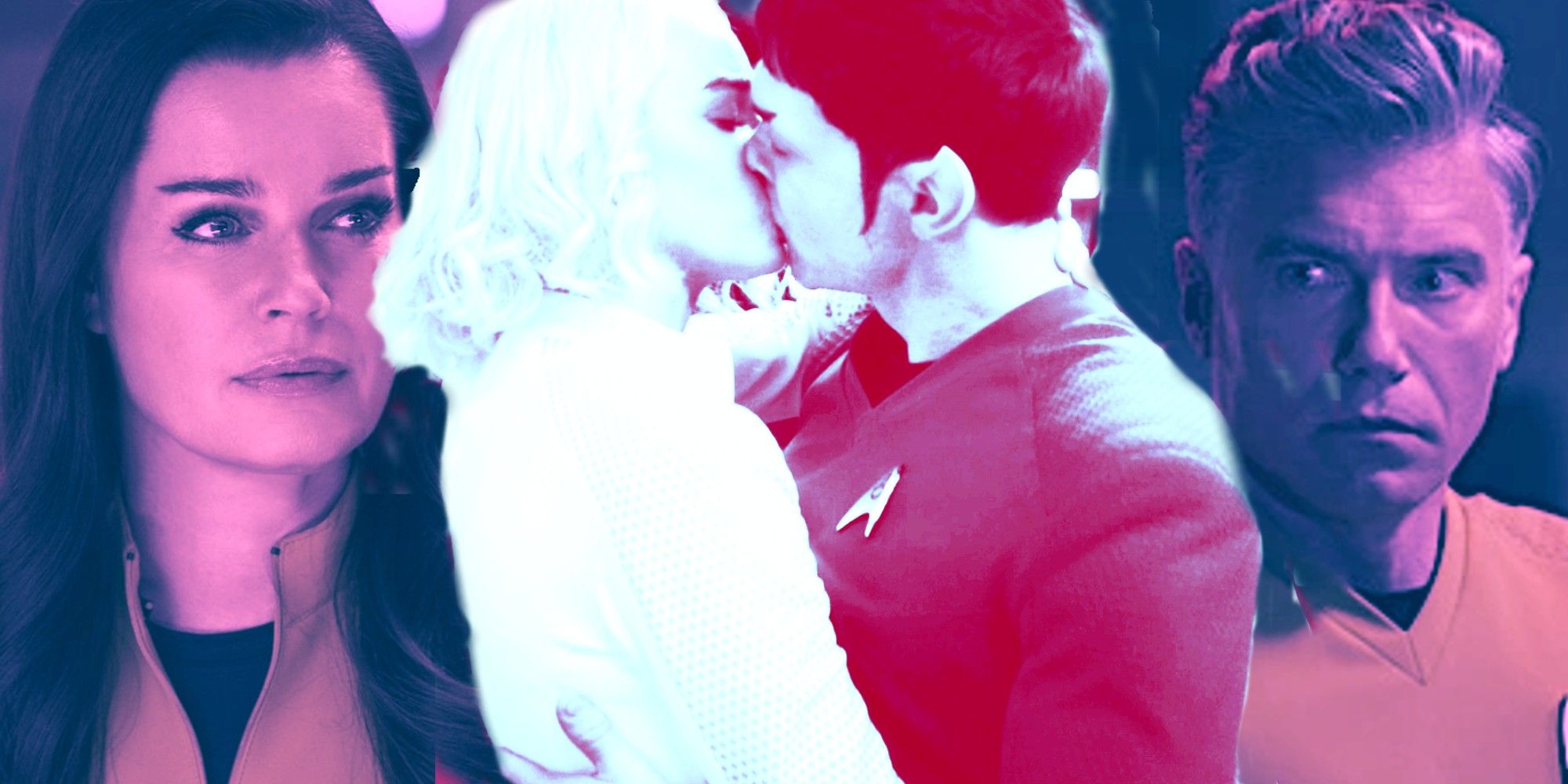 A strong first season has broken the curse that has seemingly dogged every Star Trek series, including Star Trek: The Original Series’ bumpy maiden voyage. The powerful chemistry among its accomplished cast of memorable characters has earned it “a perfect 10” according to Space, but now those characters are in trouble. With Number One arrested, La’an decommissioned, and no Chief Engineer, what’s next for Captain Pike and the crew of the USS Enterprise?

What Will Happen To Number One?

Early on in the season Number One reveals to Captain Pike (as well as some of the crew) that she’s Illyrian. Since genetically altered beings are forbidden from becoming part of the Federation much less enlisting in Starfleet, she expects to resign, but Pike casts regulations down a black hole and insists she stay. This becomes problematic in the season finale when Starfleet finds out about Number One’s deception.

Pike tries to stop her from being arrested, but there’s nothing he can do without implicating himself and his crew except face a court-martial himself. He indicates that he’s going to do something to get her back (which nicely dovetails into the rescue mission he mounted in the very first episode) but will it be enough? Genetic engineering continues to shape the Star Trek franchise in new and interesting ways.

Who Told Starfleet Command That Number One Was Illyrian?

When Captain Batel comes to take Number One away, she’s remorseful but resolute in her actions. Her presence begs the question – who told her superiors about Una’s status as an Illyrian? If Una didn’t disclose it on her application to Starfleet, and only recently told certain members of the crew, how could Starfleet have found out? The suspects are few in number; Pike, La’an, and Doctor M’Benga.

It’s difficult to imagine any one of her close friends betraying her trust, yet somehow Starfleet knows about her being genetically engineered. Perhaps whoever sold Una out will be the person to help her avoid seven years in a penal colony.

Will Pike Try To Change His Fate?

Pike has been obsessed with thoughts of his accident ever since his experience at Borath, to the point where it sometimes prohibits him from keeping his focus on the matters at hand. Both Number One and Spock encourage him to find ways to change his fate, believing that his destiny isn’t as permanent as he thinks, but the season finale shows that if he does change it, Spock will be irreparably harmed.

Will Pike seek out a way to change his future? Pike is still figuring out what captain to be given his foreknowledge; risky and daring, or cautious and calculating. Facing Gorn up close and personal was among the most dangerous away missions the crew faced in season 1, and Pike lead it personally, perhaps because he knew he wouldn’t be killed. Given his unique situation and knowledge of what happens to him in the future, will he behave even more recklessly in the future?

Will Spock And Nurse Chapel Grow Even Closer?

Despite Spock being engaged to T’Pring, who has her own duties on Vulcan and elsewhere in Federation space, Spock seeks counsel from Nurse Chapel. She encourages him to embrace his human side and temper his logic with emotion, and through his self-discovery, the two become close.

Will Strange New Worlds decide to make Chapel and Spock be more than friends? Though it’s a bit of a classic Star Trek trope to explore Spock’s love life at this point given Nurse Chapel’s crush on him in Star Trek: The Original Series, it definitely makes for some exciting dramatic and sexual tension, as well as reveals different sides to both of their characters.

Will Sybok Play A Role In Future Seasons?

A run-in with a ship full of pirates in episode 3 introduces the Enterprise not only to a bloodthirsty captain but to her erstwhile lover, Sybok, the half-brother of Mr. Spock. While the brief appearance of Sybok was unexpected, his presence became one of the best Star Trek references in Strange New Worlds.

The Vulcan first appeared in Star Trek V: The Final Frontier eschewing logic and stoicism in favor of emotion, and now seems poised to be a passionate antagonist for the Enterprise in a future season. Given Spock’s emotional state at the moment, their reunion could be explosive.

Who Will Be The New Chief Engineer After Hemmer?

Chief Engineer Hemmer was everyone’s favorite curmudgeon because beneath his gruff exterior he had a soft side, usually only reserved for Cadet Uhura. When he became infected by the Gorn, he sacrificed himself so that the rest of the crew could survive, and while they lost a dear friend, the series lost a unique and charismatic character. With Hemmer gone, who will replace him as Chief Engineer?

Bruce Horak, the actor behind the Aenar, has hinted that he’ll be able to come back in some way, perhaps as his human self. If Brent Spiner can portray six different characters in the Star Trek franchise, there’s hope for Horak. In the meantime, fans will wait with bated breath about who will be the new Chief Engineer of the Enterprise, which might just end up being Montgomery Scott.

Will La’an Return To The Enterprise?

After the Enterprise took on the Gorn in episode 8, La’an elected to be decommissioned in order to reunite a young survivor named Oriana with her family. This journey will take an indefinite amount of time, especially since Oriana’s people are located on the fringes of Federation space. Will La’an ever return to the Enterprise?

If La’an gets word that her best friend Una has been arrested for concealing her identity as an Illyrian, it’s highly likely that she’ll want to return to the Enterprise and help Pike mount a rescue mission.

Who Will Be Pike’s Number One?

With Una gone, someone will need to replace Una as Pike’s first officer aboard the Enterprise. La’an had previously taken over for Una on two prior occasions, but now that’s she’s chosen to be decommissioned, the position is wide open. Who will Pike trust to be his second in command?

Given his increasingly close relationship with Spock, perhaps his science officer will fill in the position for the time being. In some way, Spock may feel like he owes Pike an increasing debt of gratitude for saving his life in the alternate timeline. It makes Spock’s fervent desire to return Pike to Talos in Star Trek: The Original Series make that much more sense.

What Will Captain James T. Kirk Be Like In Season 2?

When Pike meets James T. Kirk in an alternate timeline in the season finale, he’s a measured and confident (if not a little risky) captain, but that timeline gets deleted at the end of the episode. When Pike encounters Kirk again in one of the storylines set up for season 2 of Strange New Worlds, Kirk will be six years younger and likely of a different temperament.

When Pike encounters this younger Kirk in the Prime Universe, will there be traces of his future self? Or will he be brash and cocky? Perhaps there will be a way for him to build up a bond with Mr. Spock, laying the foundation for their friendship in Star Trek: The Original Series.

Will Other Iconic Star Trek Aliens Make An Appearance?

So far, the Enterprise has encountered aliens that very few members of Starfleet have ever seen, including the infamous Romulans and Gorn. Surely going into season 2, there will be several more iconic species for Pike and the crew to run into.

The franchise is full of beings like Q, the Crystalline Entity, and other incredible species navigating the cosmos, all of which could make a surprise appearance in the episodes to come. No doubt Klingons will be on the top of that list.

Kayleena has been raised on Star Wars and Indiana Jones from the crib. A film buff, she has a Western collection of 250+ titles and counting that she’s particularly proud of. When she isn’t writing for ScreenRant, CBR, or The Gamer, she’s working on her fiction novel, lifting weights, going to synthwave concerts, or cosplaying. With degrees in anthropology and archaeology, she plans to continue pretending to be Lara Croft as long as she can.