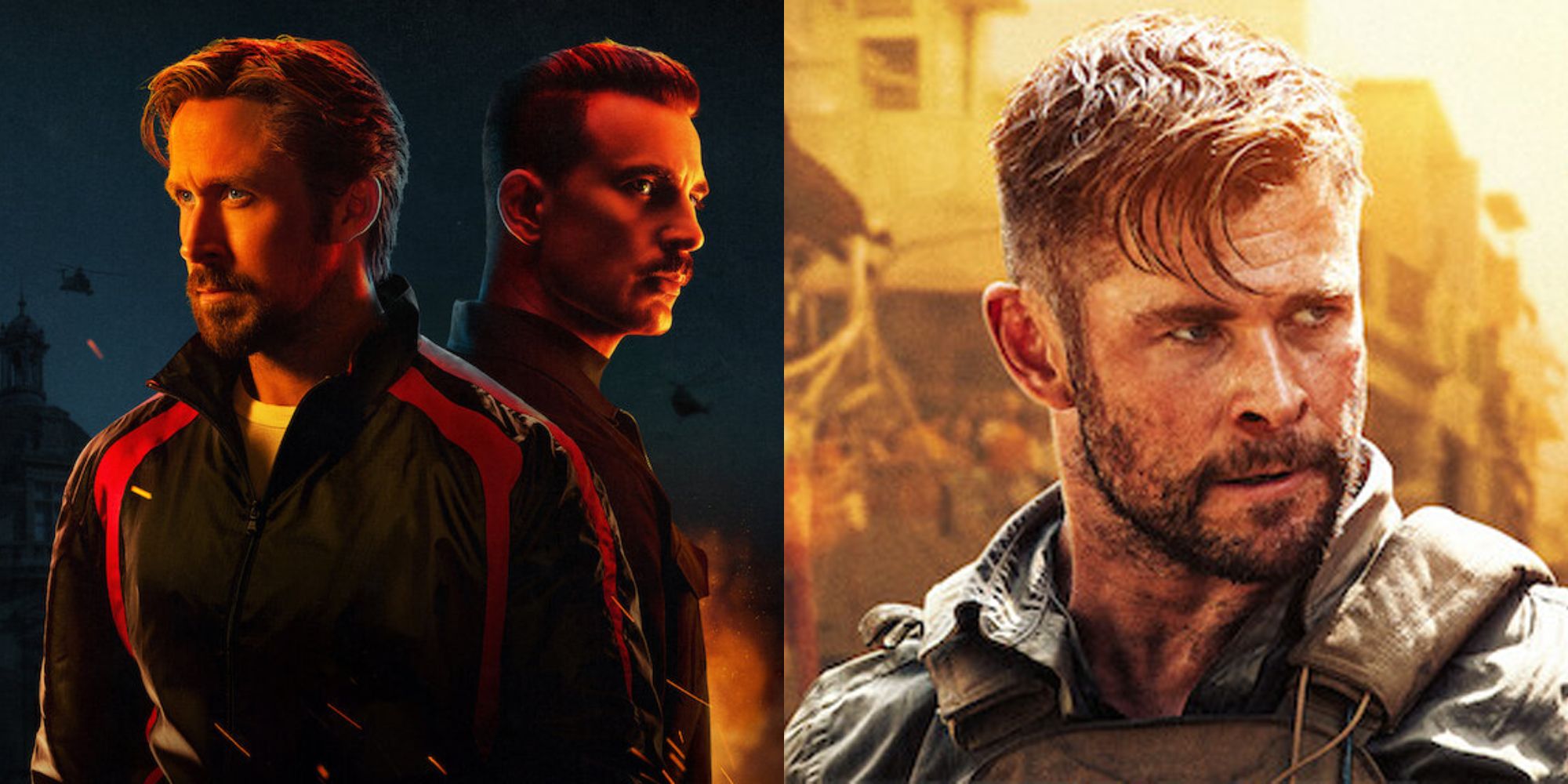 The anticipation for The Gray Man grows every day closer to the film’s release on Netflix, which is scheduled for July 22nd after it hits theatres on July 15th. Its trailer promises not only hours of captivating action, but unique performances from the newly-paired Ryan Gosling and Chris Evans, set to duel as an elite mercenary and psychopathic villain respectively.

However, there is still time to pass until viewers can enjoy the newest Russo Brothers project. In the meantime, here are 10 thrillers that are most similar to The Gray Man based on plot similarities and/or style.

In Heat, the soon-retiring criminal mastermind Neil McCauley (Robert De Niro) is tracked by the venerable Lieutenant Hanna (Al Pacino), and the men are launched into a dangerous game of cat-and-mouse, much like Court Gentry and Lloyd Hanson in The Gray Man.

At the time of Heat’s release, De Niro and Pacino were already highly accredited actors, and successfully portrayed characters placed in mutually respecting, intimate relationships juxtaposed by their placement as enemies. This unique pairing for an action film offers an exciting precursor for the complicated relationship presented by Gosling and Evans.

Captain America: The Winter Soldier, is a film long-enjoyed by Marvel fans and action-lovers alike for its rich storyline and impressive choreography. In this movie, categorized as a paranoid thriller, the classic hero Captain America (Chris Evans), with the help of other heroes, confronts an unexpected enemy: a highly trained assassin dubbed The Winter Soldier (Sebastian Stan).

Also directed by The Russo Brothers, The Winter Soldier explores a compelling, suspenseful dilemma by blurring the classic line of hero and villain. Along with deep themes of honor and purpose, the film includes witty dialogue standard to Marvel movies and a large budget that produces unforgettable action and special effects.

FBI Agent Sean Archer (John Travolta) has spent years analyzing and hunting terrorist Castor Troy (Nicolas Cage). The events of Face/Off lead both men to undergo facial surgeries to physically assume the identity of each other in order to assure each other’s destruction.

Related: 10 Nicolas Cage Movies That Should Get Sequels

Face/Off includes stylized action sequences and stunts that helped define director John Woo as a dominant face (no pun intended) for action films. Its credibility also stems from the performances of Travolta and Cage, who use wit and finesse to tackle their own characters as well as to mimic each other’s acting.

Viewers seeking out The Gray Man to see Ryan Gosling in a serious, gritty role will certainly find satisfaction in Drive. This thriller follows Driver, a Hollywood stuntman and getaway driver who finds himself tangled in a deadly heist following the release of his neighbor’s husband from jail.

Drive uses impressive visuals and color choices to create a rare film that both feels thrilling and artistic. Also attributing to the film’s uniqueness is Gosling’s performance, which as one of his first action roles, showcases his wide range and depth as an actor, and proves he’s ready for The Gray Man.

One of the all-time superhero staples, The Dark Knight follows a dark and gritty Batman (Christian Bale), protector of Gotham City, and his complicated conflict with the unhinged Joker (Heath Ledger). It explores the complex relationship between hero and villain, questioning what it really takes to be a hero.

The Dark Knight includes an Oscar-winning performance from Heath Ledger, who brings to life a unique, broken character who serves as a formidable enemy to Batman. Along with its well-rounded characters and layered story, The Dark Knight is a longstanding favorite for its high-budgeted special effects, creating Gotham to be as realistic as possible.

Written by The Matrix‘s Wachowski sisters, the complicated plot of Assassins grips viewers in suspense over who will kill who first. This film is great for anyone who loves to watch their favorite actors deck it out over the high stakes and battle with moral decisions like Rath must when confronting the beguiling target, Electra (Julianne Moore).

Characters like Jason Bourne have created a foundation of a genre that The Gray Man is nostalgic for. In The Bourne Identity, a government agent (Matt Damon) is left questioning his own identity after a near-death experience that leaves him with amnesia and he must fight for his life while being hunted by assassins.

In the Line of Fire is a political action thriller starring Clint Eastwood as a Secret Service agent who failed to protect President John F. Kennedy from assassination. Years later, he is antagonized by an ex-CIA agent (John Malkovich) threatening the same fate for the current president.

In the Line of Fire uses historic events to shape a compelling narrative fortified with twists and turns. Its mysterious psychological villain creates a satisfying conflict with a hero played by Eastwood, an actor well-defined as a classic protagonist.

Though its plot and setting are not synonymous with The Gray Man, Extraction is a perfect movie for those aiming to familiarize themselves with The Russo Brothers, who were involved with its story. Extraction 2. In Extraction, a gritty, black-market mercenary encounters deadly pushback while on a mission to save an Indian drug lord’s son.

Extraction’s impressive action sequences alone should draw in anyone hunting for their next Netflix action flick, and those who enjoy it will be happy to know its sequel is one of many upcoming Russo Brothers movies. Its appeal also stems from the deep, emotional role of main star Chris Hemsworth who, like Evans, is stemming out from his MCU past to explore characters outside the superhero genre.

Another film revolving around a highly-trained assassin, Gemini Man stars Will Smith as Henry Brogan, a trained killer on the brink of retirement. This time, however, his counterpart isn’t just another skilled assassin, but an exact replica of his younger self.

Though considered a blockbuster flop, Gemini Man does provide a fresh take on two deadly forces pitted against each other. It maintains an extra later of conflict by not only giving Brogan a physical match for an enemy but a psychological issue of confronting his clone. Outside of its story, Gemini Man also uses the innovative factor of de-aging technology to provide two main characters portrayed by the same actor.

NEXT: The 10 Most Anticipated Netflix Original Movies Of 2022 According To IMDb

Sophia is a recent graduate with a degree in Creative Writing, along with minors in Film and Jazz Studies. She’s been analyzing films with her brother since she was young and has seemed to take that hobby a little seriously. Sophia’s goal is to be a screenwriter or scriptwriter, and if that doesn’t work out she plans to be a street performer. When she isn’t hyperfixated on a new show or movie, she’s either writing for her Dungeons and Dragons campaign or reading The Witcher. She also loves making short films. Sophia’s favorite show is either Normal People or Game of Thrones, and her favorite movie is About Time.