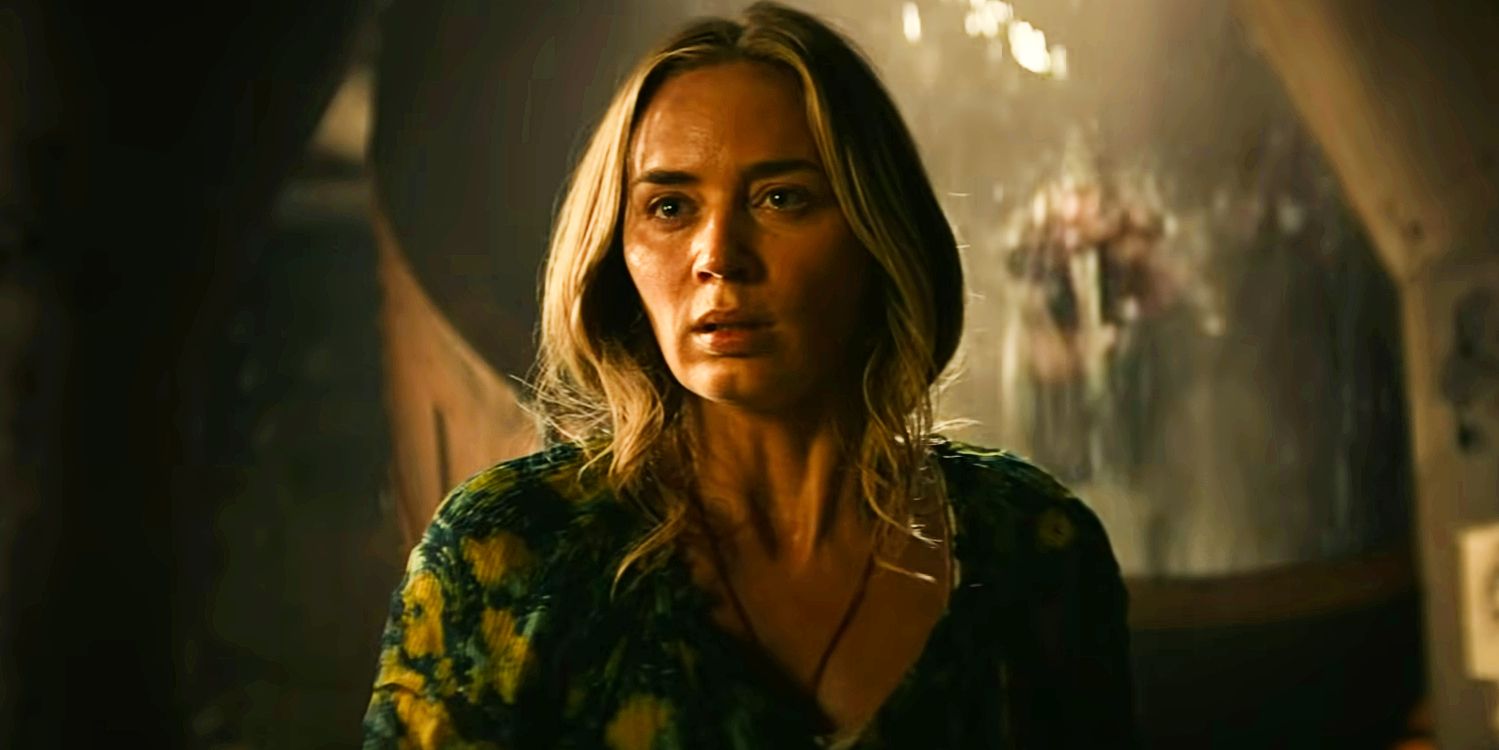 The upcoming A Quiet Place spinoff prequel, A Quiet Place: Day One, gets hit with another release delay as its opening day is pushed six months.

The A Quiet Place prequel spinoff movie, A Quiet Place: Day One, gets a new release date following a six-month delay. John Krasinski rose to popularity during his time on The Office as Jim Halpert, but he proved he has a knack for darker material as well with 2018’s A Quiet Place, the horror film he both directed and co-wrote, along with Scott Beck and Bryan Woods. The movie takes place in a post-apocalyptic world where people must survive by being completely silent in order to not be killed by a race of aliens known as Death Angels, who are blind but have an extremely powerful sense of hearing.

2021’s A Quiet Place Part II picks up directly after the events of A Quiet Place, but it does also include a flashback to the first day that the Death Angels arrive on Earth. Krasinski’s sequel received much critical praise, scoring a 91% rating on Rotten Tomatoes, a task particularly difficult for sequels following up an already popular original film. The next installment in the A Quiet Place franchise, the prequel spinoff A Quiet Place: Day One was originally slated to be released in March 2023, and earlier this year was delayed to September.

Now, an update from Variety shows that the spinoff film will premiere on March 8, 2024 following another release delay. No reason is provided for the pushback, and A Quiet Place: Day One details in general are scarce, though the title does heavily hint at the setting. The movie marks the first in the franchise to not be directed by Krasinski, as Michael Sarnoski (Pig) will be sitting in the director’s chair. However, Michael Bay, Andrew Form, Brad Fuller, and Krasinski, the original production team from the first two films in the franchise, are returning for this next project, as well as Allyson Seeger as executive producer.

A Quiet Place: Day One has the bar set high due to the success of both A Quiet Place and A Quiet Place Part II, and there’s reason to believe the movie could live up to expectations. Bringing back the same producers as the first two entries will hopefully guide the spinoff to providing the scares, wider story details, and unexpected twists that fans are looking for. Additionally, having Pig‘s Sarnoski direct the A Quiet Place spinoff after winning awards and acclaim for his first film gives it the chance to find success on its own terms, rather than just feeling like an out-and-out copy of Krasinski’s approach.

Having a different director for A Quiet Place: Day One also makes sense, as the film is likely to take place in a different setting from the first two films, and Sarnoski has the chance to imbue the spinoff with its own unique flare. Besides this, getting more context for how and why the Death Angels invade Earth could set up important information that can potentially be used in another film that would take place directly after the events of A Quiet Place Part II. This information may even be the key to how to definitively defeat the Death Angels. Viewers will have to be on the lookout for further information, including casting decisions and plot details, as work on A Quiet Place: Day One continues.

Gina Levine is a freelance writer for Screen Rant, and covers a multitude of entertainment news from exciting upcoming feature films and television series to information from actors, producers, and directors giving extra context to fan favorite films and and shows. Gina graduated from the University of California, Berkeley with a bachelor’s degree in film and a minor in creative writing, with an emphasis on screenwriting in particular. Gina previously worked for the Grossmyth Company, a trailer and behind-the-scenes editing company based in Los Angeles, California as an administrative assistant to the editing team. There she helped create rough cuts of behind-the-scenes pieces, researched questions for interviews, and organized a plethora of files. Although Gina was grateful to gain post-production experience, she ultimately realized that writing is her passion. Gina grew up in Los Angeles, which is where her love for film and television began with sci-fi, thriller, and horror films making a formative impression, including the 1978 version of Invasion of the Body Snatchers. She is currently based out of Portland, Oregon where she continues to go to the local movie theater as often as she can.