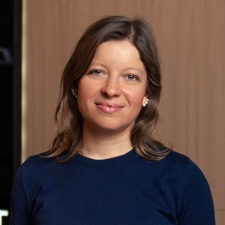 Nordcurrent, the largest game development and publishing company in Lithuania, announced that they grew 20 per cent in 2021. The team at Nordcurrent attribute this success to their reinvestment strategy, and expect further growth in 2022, with anticipated revenues of €110 million over the year.

“2021 was a very busy year for us. Our turnover grew significantly compared to 2020. For this reason, we decided not to accumulate profits, but to invest in developing and publishing new games. Last year we released two mobile games, successfully introducing them to the market, and in January 2022 we launched another promising time management game, Happy Clinic,” said Viktorija Trofimova, CEO of Nordcurrent.

According to Trofimova these investments are paying off with rapidly increasing downloads. Airplane Chefs and Pocket Styler, both released in 2021, have been installed 10 and 12 million times respectively, while the aforementioned Happy Clinic receiving over two million downloads in two months.

Currently, Nordcurrent are focused on improving their existing games with new features and content, as well as growing the art, design, and development teams. The company will also invest in new projects, with at least one more game due for release this year.

Temporary office in Poland to support around 20 Ukrainian employees

Adapting to the current war in Ukraine, Nordcurrent has also opened a temporary office in Warsaw, Poland, to relocate employees from Ukraine. Around 20 of the team’s 250 employees are from the cities of Dnipro and Odessa and have been transferred to the new office.

Nordcurrent hopes that once the war is over, all affected employees will be able to return safely to their home country. In response to the Russian invasion of the nation, multiple games developers and publishers have ceased operations in both Russia and the allied nation of Belarus.